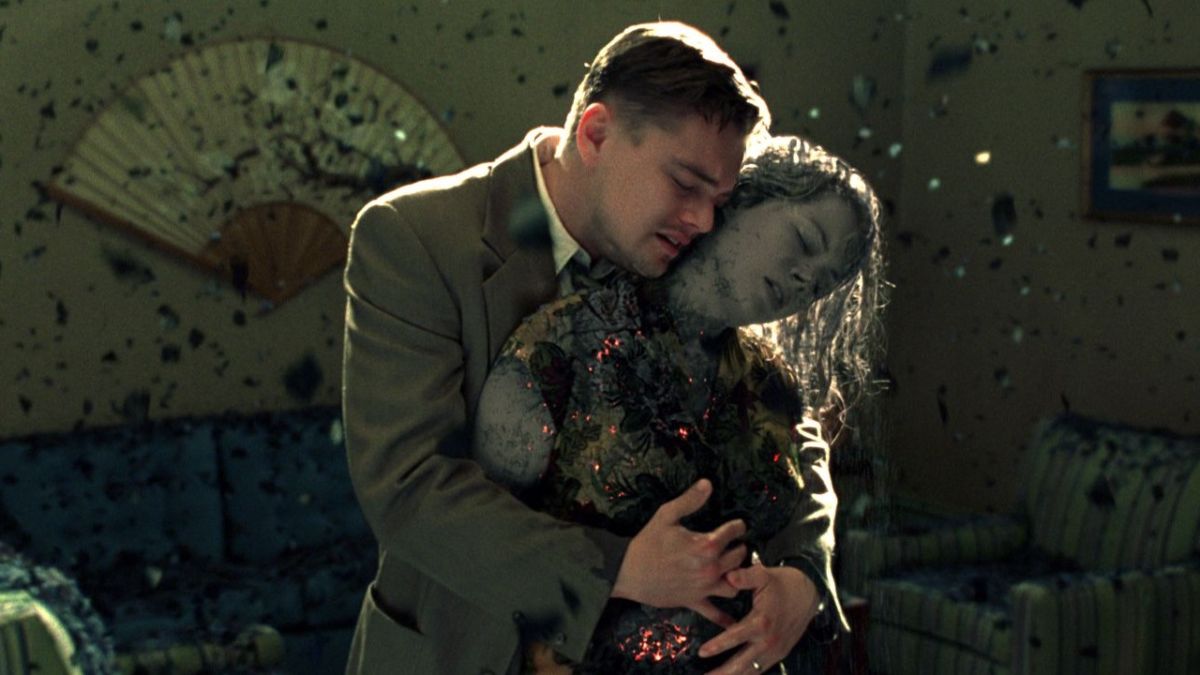 Morally ambiguous characters and biting suspense are what bring us back again and again to the thriller genre. The right characters can make or break a movie: the more complex and troubled they are, the more interesting the movie becomes. Therefore, psychological thrillers are the perfect way to dive deep into the consciousness of our (often anti-heroic) protagonists, exploring the murky depths of the human psyche. There are a lot of them, so we’ve compiled a handy list of the ten best psychological thrillers to watch here.

Based on Gillian Flynn’s bestselling novel, Gone Girl follows Ben Affleck as the prime suspect in his wife’s disappearance. Nick (Affleck) is a successful writer, living the perfect picture of a happy marriage. But when Amy (Rosamund Pike) disappears, her blissful ignorance begins to slip. The police, the media, and everyone around Nick start pushing the walls deeper and deeper on him, until he’s forced to face the dark truths of the past (and present).

Both critically and commercially successful, Gone Girl floods viewers with questions and riddles. Themes of betrayal, crime, gender and the superficial nature of media make David Fincher’s adaptation a timely tale about the psychological impacts of the threats of modern life. Gone Girl is an ingeniously suspenseful thriller with incredible, nominated performances.

It takes a while to realize you’re watching a psychological thriller with David Lynch’s cult film Mulholland Drive. The oddly optimistic budding actress Betty leaves the Midwest with a dream of success in Los Angeles. But the dream is quickly spoiled by the arrival of an amnesiac woman, recently involved in a car accident.

Naomi Watts and Laura Elena Harring star as a blonde and brunette investigator duo trying to uncover the identity of the woman before the car crash. Lynch weaves together seemingly unrelated stories and obscure scenes in his usual, unnerving auteur style. But pay close attention to these details, because what seems to be irrelevant may later turn out to be vital pieces of the puzzle.

READ NEXT: 15 Best Biopics of All Time You Should Watch

Despite the initial assumption that a missing prisoner is at the center of Shutter Island, it soon becomes clear that there’s more to this gripping thriller than meets the eye. Leonardo DiCaprio stars alongside Mark Ruffalo as U.S. Marshal Teddy Daniels, investigating an escape from a criminally insane prison. But when violent migraines, intrusive nightmares, and paranoia begin to seep into Daniel’s mind, it becomes more of a psychological investigation than a physical one.

Martin Scorsese sprinkles the film with subtle clues and enigmatic codes, building a wall of tension before the grand finale. Is this really a planned plot against Daniels, or just a state of neurotic delusion?

The first thing you’ll undoubtedly notice while watching The Machinist is Christian Bale’s body. Or rather its absence. Weighing in at a jaw-dropping 7.8 stone (six months before Batman Begins was filmed), Bale plays skeletal insomniac Trevor Reznik, who uses weight loss as a coping mechanism. A coping mechanism for exactly what is unclear until the final moments.

Until then, Trevor is tormented by hallucinations and post-its that randomly appear on his fridge without a trace. Whitening his hands, scrubbing the tiles, and starving himself are all forms of twisted penance from Trevor, trying to navigate the answers without having a clear idea of ​​what’s real and what’s fake.

READ NEXT: 15 Best Dark Comedies You Should Watch

The mother-son relationship takes a dark and unique turn in Lynne Ramsay’s dramatic thriller. Although Kevin is a deeply troubled, intelligent and manipulative young boy, it is really his mother whose psyche we explore.

Plagued by the undeserved hostility of her son (whom we watch grow from an ill-mannered toddler to a conniving teenager, played by Ezra Miller), Eva Khatchadourian (Tilda Swinton) has no one to turn to. It seems she’s the only one who sees her son’s tantrums for what they really are: warning signs of sociopathy. Ramsay gets to the heart of Eva’s mental conflict (wanting to connect with her son while punishing her sinister outbursts) with symbolic cinematography; precise framing and vibrant red colors foreshadowing Kevin’s gory abilities.

As the movie that bestowed fame on Christopher Nolan, Memento is home to an unreliable protagonist who experiences frequent memory lapses every fifteen minutes. Waking up to a body full of tattooed reminders, Leonard (Guy Pearce) must try to catch his wife’s killer using only the clues he left behind the night before.

In an upside-down story of murder, revenge and betrayal, Nolan lays the foundation for a complex filmography, later impressive with the equally stunning films Inception (2010) and Interstellar (2014). The debilitating severity of Leonard’s amnesia, coupled with his determination to seek justice, make Memento an unpredictable journey through the labyrinth of Leonard’s troubled mind.

Ballet is a notoriously difficult art, wreaking havoc both physically and mentally on its dancers. It’s no surprise, then, that Nina (Natalie Portman) suffers severe psychological damage trying to land the lead role in “Swan Lake.”

Perfecting every move, muscle and breath of her performance, Nina goes through incredible lengths to prove herself against the competition. Lily (Mila Kunis) threatens Nina’s career (meaning her life) with her natural talent for the role. Director Darren Aronofsky depicts the downward spiral of Nina’s growing obsession with elements of the supernatural; her paranoia and desperation bringing the Black Swan closer to her than expected.

Boasting one of the greatest plot twists in history, The Sixth Sense blurs the line between thriller and horror with its psychologically disturbed 11-year-old protagonist who “can see dead people”. Starring Bruce Willis and young Haley Joel Osment, director M. Night Shyamalan tells the story of a young boy who seeks help from child psychologist Dr Crowe when he is tormented by supernatural visitations.

The mental anguish of the boy, Dr. Crowe (who deals with his own marital troubles) and even the ghosts themselves are explored with intriguing suspense. Shyamalan treats the spirits with sensitivity rather than fear, appearing to the boy with harmless desires to resolve their unresolved issues on Earth. Sixth Sense ends up being less of a ghost story and more of a story about the human experience.

Director Dennis Villeneuve shows us the psychological damage of a criminal investigation on father, investigator and prime suspect in his hit thriller Prisoners. Hugh Jackman plays the father of kidnapped daughter Anna, who reacts to the incident with alcohol and an obsessive search.

In defiance of his morals, Jackman turns on the accused (but released) driver of a suspicious van (played by Paul Dano), torturing him despite his lack of evidence. Detective Loki (Jake Gyllenhaal) – a workaholic whose pent up emotions have manifested in excessive blinking – becomes equally desperate to solve the case. Villeneuve plays with our emotions, never specifying whether the illegally abused suspect (with the IQ of a child) is innocent or guilty.

When a teenager begins to hallucinate a giant, demonic rabbit named Frank, you know you’re dealing with a seriously psychologically disturbed character. A young Jake Gyllenhaal plays Donnie Darko in what was his breakthrough role, alongside Drew Barrymore and Patrick Swayze.

Richard Kelly directs this dark fantasy tale, which would later become a cult classic among moviegoers and teenagers. Donnie learns that the end of the world will end in 28 days, shortly before a plane crashes into his house. Reality becomes questionable in Kelly’s disturbing depiction of suburban life, concluding with a plot that will leave viewers perplexed for days.

Some of the coverage you find on Cultured Vultures contains affiliate links, which provide us with small commissions based on purchases made while visiting our site. We cover gaming news, movie reviews, wrestling and more.

Programming of action and suspense films on Cine Mexicano in