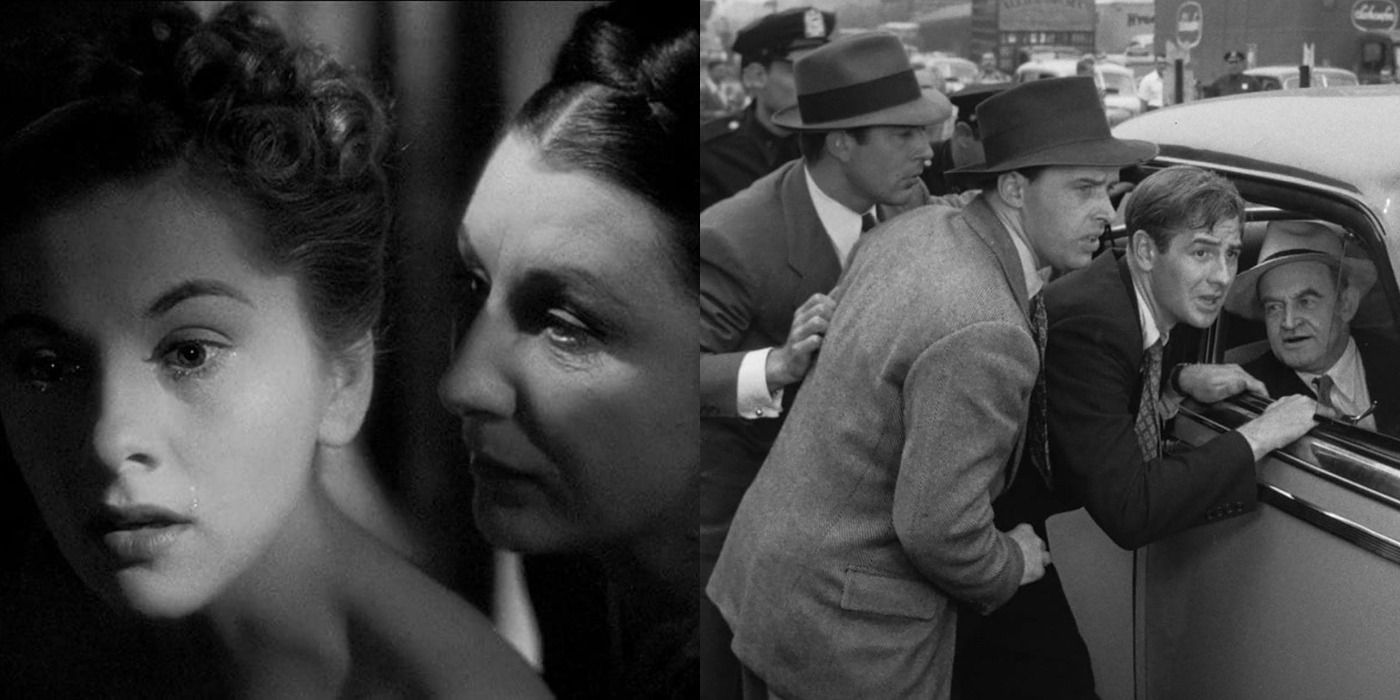 10 Best Thrillers From Hollywood’s Golden Age, According To IMDb

Filmmakers and actors in Hollywood’s Golden Age were very fond of experimentation, and this period of trial and error resulted in some incredible movies. These films are still widely celebrated and are credited with posing models that modern films use all too frequently.

RELATED: 10 Biting Thrillers (That You Can Stream For Free Online)

With directors like Alfred Hitchcock and John Huston in their heyday, there was no shortage of classics. Today, thriller fans can look forward to some of the best films from the Golden Age and there’s no better way to identify the strongest releases than through the IMDb ratings.

A Canadian is on vacation in London when he is approached by a woman claiming to be an MI6 agent. She asks him for help in solving a plot, only to end up dead later. The man is thus designated as a suspect and forced to flee.

The 39 steps barely gives the audience time to catch their breath since the protagonist has to stay on the loose for most of the time. The introductory minutes, where the man meets the spy, and the climactic minutes are also superbly done, providing the perfect start and conclusion to the fast-paced story. Pace aside, the film also combines shock and suspense to memorable effect.

A top model is murdered in her bathroom, so a detective and his partner take on the task of solving the high-profile case. The two are struggling to find witnesses but that does not despair them.

Viewers will love the beautiful shots of mid-20th century Manhattan. Thrillers also thrive on character frenzy and The naked city has dozens of moments when detectives show themselves pressed against time. Fans of chase sequences will also enjoy a phenomenal sequence that takes place at the Williamsburg Bridge.

A professor meets by chance a woman whose portrait he had seen in a gallery earlier. The two flirt and head to her house only for her jealous boyfriend to show up. A fight ensues and the Professor kills him in self-defense before deciding to cover up the murder.

The woman at the window shows how quickly things can go wrong. There are detailed dream sequences, channeling realism in many forms. And twists and turns aside, the plot accurately examines the struggles of a midlife crisis. The coincidence elements work well too, especially the fact that the professor teaches criminology. This makes it easier for him to cover up the murder.

An elderly woman disappears on a train to England and her accomplice then sets out to find her. Curiously, other passengers deny that she ever existed.

The lady disappears warms up viewers by kicking things off on a humorous note before diving deep into thriller territory. There are also a lot of political overtones, which isn’t surprising considering the film was released just before the start of World War II. And as is the case with most Hitchcock movies, there’s a big twist at the end.

A private detective is hired by a wealthy general to pursue a pornographer who has nude photos of his daughter. He finds the dead man and goes on a mission to find out what really happened.

The big sleep has so many heavy subplots that it might be hard to keep track of them all. Still, that’s not necessarily a bad thing as it makes the movie rich from a storytelling perspective. Fans who hate how the adaptations water down the source material won’t feel the same way here since the thriller is as dense as the Raymond Chandler novel it’s based on.

Based on the novel of the same name by Dashiell Hammett, The thin man follows a detective and his wealthy wife who spend their days drinking and indulging their hedonistic appetites. Things take a turn for the worse when a young woman convinces them to help her find her missing father.

RELATED: 10 Golden Age Directors And Their Best Film (According To Rotten Tomatoes)

The WS Van Dyke project thrives on a clever mix of comedy and thrills while making sure to include a heady slice of glamour. There couldn’t have been a better cast either, as Myrna Loy and William Powell have great chemistry. It’s no surprise the two have been thrown together 14 times during their illustrious careers.

In one of Humphrey Bogart’s finest films, he plays Detective Sam Spade, a lawman who teams up with Brigid O’Shaughnessy, a femme fatale on the hunt for a missing jewel-encrusted bird statue. It quickly becomes apparent that there are plenty of other sleazy people looking for the same thing.

Viewers can see Bogart’s range as an actor as he transitions from villain and anti-hero roles and into a true protagonist. Even though this is director Huston’s feature debut, he proves to be a master at his craft by serving up beautiful camera angles and packing in so much tension that makes the ending all the more shocking.

A man explores the rubble of World War II in Vienna to find answers about a missing friend. He soon finds himself in the middle of a complicated plot.

The Third Man is considered one of the best classic films of all time and its strength lies in its characters, who roam the decimated European city with plenty of secrets. Throughout the runtime, viewers are kept on their toes, left to wonder who is genuine and who isn’t. There’s also a lovely score by Anton Karas, which helps liven up the somber mood.

Based on Daphne du Maurier’s novel of the same name, a wise lady marries a wealthy widower after meeting him on the French Riviera. However, her husband’s longtime aide becomes hostile to her, and she soon discovers there was more to his first wife’s death.

RebeccaThe use of a composed narrator reminds viewers today of Martin Scorsese films. Best of all, the movie doesn’t go through too many places. Most proceedings take place within the precincts of the urban widower. The camera work is spot on too, with the black and white color scheme made even darker in order to create a weirder feel.

A photojournalist spends his days staring out the window after breaking his leg while on assignment. He soon notices a couple who continue to fight until the day the lady disappears. Suspecting the husband, the photojournalist calls on his girlfriend to help find out the truth.

rear window often ranks among Alfred Hitchcock’s best films for a variety of reasons. The acclaimed director deftly blends themes of classism and domestic violence while sprinkling in romance at the same time. There’s also a great build-up, with the director taking the time to introduce stories and characters before rushing through to the end. In addition, the dialogues are very intelligent with delicious moments of humor.

Philip Etemesi is a Nairobi-based author, journalist, screenwriter and film critic. Kenya. As a kid, he preferred watching movies like The Goodfellas instead of Home Alone. His girlfriend has to constantly pull him out of front of the TV, but he keeps coming back. Stubborn guy! An animal lover, Philip also has a pet giraffe called Refu.

Navient cancels student debt for 66,000 borrowers. Are you one of them?