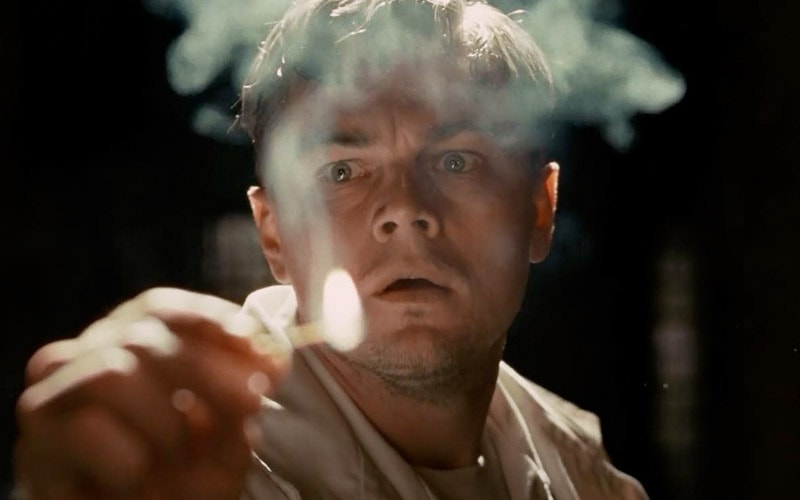 While a gory horror movie has its place, there’s nothing quite like the unnerving feeling of watching a great thriller. Virtually any director can scare you. It takes real skill to untangle yourself with a psychological thriller.

From box office blowouts to film festival hits, here are some of the best movies that use suspense to keep you on the edge of your seat.

The best thrillers of all time (According to U.S)

Sevenor spelled stylistically Se7fr, features several award-winning actors at the top of their game. Morgan Freeman stars as Detective Lt. William Somerset alongside Brad Pitt’s Detective David Mills in this thriller. They work together to catch a serial killer choosing victims based on the Seven Deadly Sins. Gwyneth Paltrow plays David Mills’ wife, who is unsure about her pregnancy given the insecurity of the new town.

Unfortunately, Kevin Spacey plays John Doe, the suspected serial killer. If you avoid movies with him, you’ll have to skip this one.

In the genre of “the woman smiles through tears as she puts on makeup in the mirror so she can meet society’s expectations as she suffers a psychological breakdown”, Black Swan is the crown jewel of the psychological thriller.

Nina, played by the dynamic Natalie Portman, paid her dues as a dancer in the New York ballet company. She is ready to become the star.

To do this, her director wants to see her go wild and encompass both the White Swan and the Black Swan. As a sweet and innocent girl, he doesn’t see her encompassing the duality of the Swan Queen. She proves herself and gets the role, but the psychological toll of the role creates total psychosis. Watch her discover and embrace the chaos within herself at the ultimate price.

Did you ever think that one of the best thrillers would be about ballet?

An unlikely set of wanted men with a nigh impossible task: one of the best thrillers on Amazon Prime.

In Porvenir, a remote Colombian village, an oil well explodes. The only way to put out a fire like this is to use dynamite. The only dynamite was improperly stored in a remote depot, leaving the nitroglycerin extremely unstable. The slightest vibration could cause it to explode.

Kassem, Victor, Jackie, and Nilo take on the job of driving two trucks 200 miles with nitroglycerin to the oil well. Trucks offer the only solution for possible transport without detonation. They will die trying or win a nice reward at the end.

They face perilous conditions with men they have no choice but to trust in order to survive. All the while, you hold your breath, terrified that the slightest jolt will detonate their payload.

If you like classic noir sci-fi movies, kiss me deadly fulfills your need for thrillers made before the turn of the 21st century.

Mike Hammer works with his associate and lover Velda as a tough and tough private detective. One night, Hammer suddenly stops his car as a psychiatric patient runs from the hospital to the road. He lets her get in the car as she is alone and only wears a trench coat. She quotes a poem and says no matter what, “remember me”.

Thugs attack the car and drag the girl away, with Hammer and Velda listening in as she is tortured to death.

They decide to pursue his case and get to the bottom of what just happened. They discover that the case has ties to the Manhattan Project.

If you like Steven Spielberg and thrillers more than Stephen King and horror movies, try one of Spielberg’s underrated historical dramas. This film is based on the 1984 book Revenge by George Jonas on the actual Operation God’s Wrath.

During the 1972 Summer Olympics, a Palestinian terrorist group called black september killed 11 Israeli Olympians. A team of five people, led by Avner Kaufman, is responsible for the assassination of the Palestinians suspected of the massacre.

Between each of the assassinations, the team members all grapple with the morality of their own murders.

Another classic thriller from 1955, the hunter’s night is based on real events. However, this film was simply inspired by one person’s true crime, rather than a pivotal historical event.

Both the screenplay and the novel it was based on are inspired by the real killer Harry Powers.

The film follows Reverend Harry Powers, a misogynistic serial killer. He appoints himself a minister and travels along the Ohio River to marry women for their money before killing them with a switchblade knife. He justifies these actions as the work of God.

He works to charm a widow from his former cellmate. The cellmate was involved in a robbery and his family knows where he hid the $10,000. Harry plans to infiltrate the family, murder the woman, and steal the money as soon as she leaves the place.

Watch on PlutoTV or Tubi

plague dogs is an interesting addition to the list, as it’s the only anime. So an animated film about dogs; must be cute, right?

Get ready for the first-ever non-family MGM animated film and all the excitement that comes with it. Follow Rowf and Snitter, two dogs abused in a research lab in Britain. They escape together, after nearly dying in an incinerator. Once the thrill of their newfound freedom wears off, they discover the difficulties of surviving on their own. Beyond the basics of food and shelter, they have to contend with media that is sparking outrage across the country over two killer dogs carrying the bubonic plague.

The film highlights the cruelties of vivisection and animal testing with no end goal.

Watch on PlutoTV or Tubi

Hannibal Lector inspires suspense in any story, from novels to TV shows. Thesilenceofthelambs is one of the most uncomfortable.

Rotting behind bars, Hannibal Lector is called in to help catch Buffalo Bill. Only someone as sick as Lector could enter the mind of a man mass-murdering young women and stripping their skins.

Clarice Sterling, an FBI trainee, is pulled out of the academy to interview Lector. Jack Crawford thinks she might be the only one who can get information out of him, because the ex-psychologist rarely lets anything slip.

I know what you’re thinking. A film by Adam Sandler. Who co-stars there, Kevin James and an adorable animated animal?

How about Adam Sandler playing a gambling addicted jeweler who needs to find a rare black opal to pay off his debts?

Also, is the Weeknd there? play himself?

If you want to see someone step so far out of their traditional character that you don’t even recognize them, watch Uncut gems. You might surprise yourself and find this to be one of the best thrillers on Netflix.

Leonardo DiCaprio, Mark Ruffalo and Martin Scorsese work together to give audiences a wild ride towards shutter island. If you thought Creation blew you away, shutter island is here to unravel your expectations once again.

DiCaprio as U.S. Marshal Teddy Daniels works with Ruffalo as Chuck Aule to uncover the truth about a missing patient from Shutter Island. Ashecliffe Hospital houses the criminally insane on this remote island along Boston Harbor. They only have one clue, and since they arrived just before a huge storm, they have no way of escaping.

The staff refuses to cooperate, and Daniels and Aule run into roadblocks everywhere they turn. When they finally discover the truth, can they accept it?

With so many incredible contenders, it’s hard to put together a list of the top 10 thrillers. So what did we miss?

Did we choose the right Martin Scorsese film? Should we have included a Stephen King adaptation? Do you think a Netflix Original like bird box deserve a spot on the list?

Tell us your favorite thrillers in the comments section below!