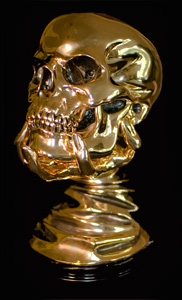 Screamfest Horror Film Festival is the largest and oldest horror film festival in the United States. the festival has announced its first wave of competitive feature films and short films for its 21st edition. From October 12 to 21 at the TCL Chinese Theater.

Screamfest welcomes audiences back to the big screen for a collective experience they won’t soon forget. Tickets can be purchased here: https://screamfestla.com Retaliation will open Screamfest LA on October 12 for its North American premiere with a red carpet ahead of the screening. The film follows an honest pastor who discovers a dark and twisted underworld as he searches for answers regarding his daughter’s brutal murder. Directed by Bridget Smith and Samuel Gonzalez Jr. and written by the Geare brothers, Retaliation Also features an original high octane soundtrack and cameos from some of the biggest names in rock music including Five Finger Death Punch, Tommy Lee, Papa Roach, The Hu, Ice Nine Kills, Escape The Fate, and more. Joseph Gatt (Game Of Thrones) stars in this horror thriller that reveals a game of revenge played using a new set of rules.

Hailed as the â€œSundance of Horror,â€ Screamfest is proud to showcase new work from independent filmmakers from around the world. Some of the highlights of this year’s program include the world premieres of Father of flies, the haunting story of family life and the supernatural and that of Teddy Grennan Wicked games where a long weekend at a country property turns into a nightmare when a group of masked intruders invade the property. They don’t know that a guest has a surprise for them.

The festival will also feature a Special Presentation by Daniel Farrands Aileen Wuornos: American Boogeyman starring Peyton List and Lydia Hearst, who follows the famous killer through a little-known chapter of her life in Deland, Florida.

Formed in August 2001 by film producer Rachel Belofsky, the Screamfest Horror Film Festival is a 501 (c) (3) female-led nonprofit that brings horror and science genres to filmmakers and screenwriters- fiction a place to present their work in the film industry.

Shari Lapena is back with a domestic black mystery