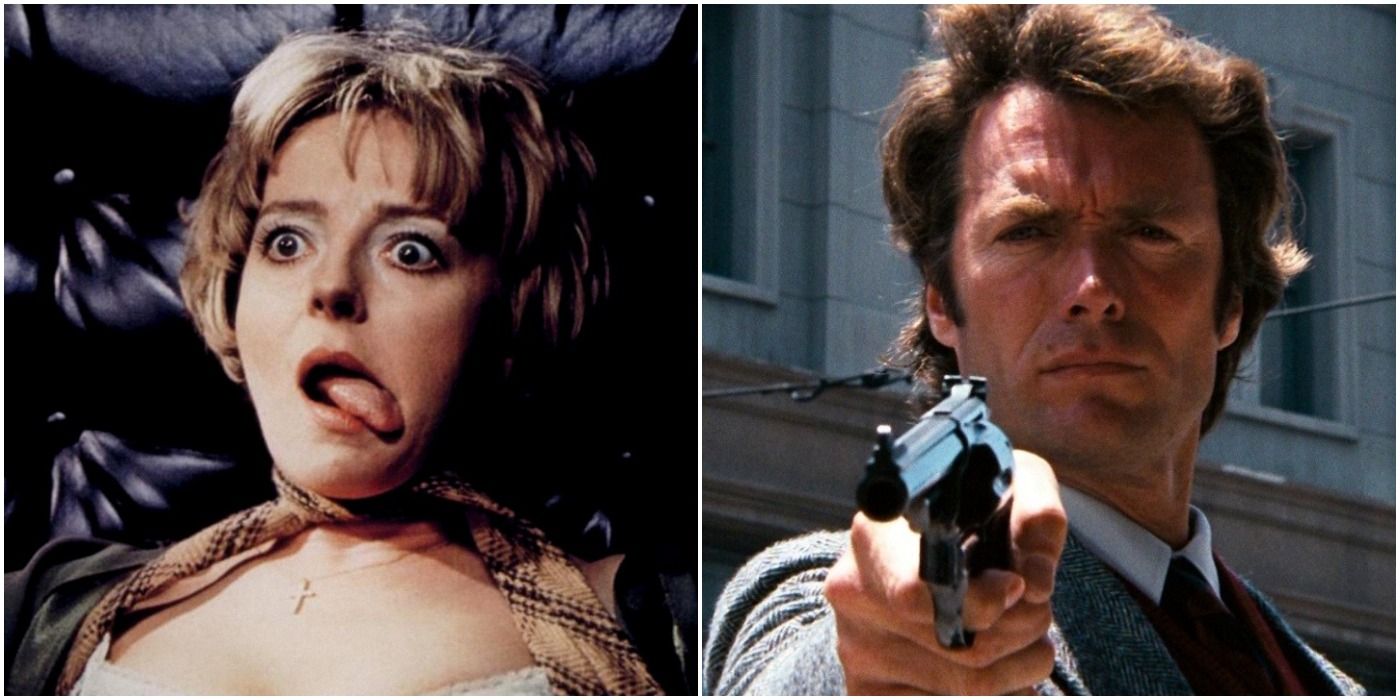 We all love a good thriller. Cinema is all about keeping us on the edge of our seats, and we like to feel our hearts racing in a dark theater, don’t we? Well, the truth is, some thrillers are absolute masterpieces, and others are, well, cheap thrills. In case you’re looking for your next thriller binge, we thought we’d send it back to the 70s, where you’ll find plenty of classic movies with a heart-pounding twist.

So, we thought we’d tell you which ones are totally underrated and which ones are over hyped. Here are 5 from this decade to watch right now, and 5 to perhaps avoid, no matter what critics tell you.

RELATED: 10 Most Underrated Thriller Movies Of The Past 20 Years

We’re sorry to speak ill of Clint Eastwood, but we think it should be said. It’s a classic crime movie, and it’s probably one of the most famous, but we’re here to tell you that it probably doesn’t hold water. Eastwood plays Dirty Harry, a tough cop who uses the motto of “any means necessary” in his quest to capture “the Scorpio Killer”, a psychopath terrorizing San Francisco.

Yeah, that famous phrase “do you feel lucky, punk?”, it came from that (even though it’s not really the exact line). Still, this movie is cheesy and just another Eastwood flex, to be honest. Dirty Harry is a bad cop. There, we said it.

This hidden gem is directed by the brilliant Francis Ford Coppola. It follows a surveillance expert (Gene Hackman), who finds himself in crisis when he discovers that a couple he was spying on are about to be murdered.

This movie is definitely thrilling, and it was actually nominated for 3 Oscars, including Best Picture. Still, we don’t think enough people are talking about this movie, so we definitely recommend it.

Again, we’re so sorry about that, but it’s time to be honest. Yeah, this movie is great for a latecomer, dark night near Halloween, because you know it’s exciting and classic. However, does this film really hold up? Honestly, we’re going to take the no, and the whole plot is actually pretty formulaic. Many more imaginative horror films have since come to outclass this one.

Additionally, we suggest avoiding all sequels in this franchise. It’s time to expand your horizons in October, we’re sorry to say.

This movie stars Jack Nicholson and Faye Dunaway, and we honestly think it’s a brilliant mystery thriller. With an 8.2/10 on IMDb, this film follows a private detective who is hired to expose adultery.

However, things get complicated when he gets caught up in corruption and murder. It’s a classic movie, and if you haven’t seen it, you haven’t seen the best of the thriller genre. We can’t defend this gem enough, honestly.

Unfortunately, this list is there to distract from the infamous thrillers that aren’t exactly good. Carrie is no exception. We all know the story of this young teenager, who is taken in by her naughty and religious mother, and who is humiliated by her classmates.

Oh yeah, and she finds out she has telekinetic powers. Starring Sissy Spacek, Piper Laurie and Amy Iving, this isn’t our favorite Stephen King adaptation. Sure, it’s a classic, but let’s leave it in the 70s, okay?

Can Alfred Hitchcock ever be overrated? We do not think so. It’s probably one of his least popular movies, but we don’t really know why. Starring Jon Finch, Barry Foster and Barbara Leigh-Hunt, this film follows a serial killer known for strangling women with a tie.

The police have a suspect, but it’s not the killer. This movie was nominated for four Golden Globes, and honestly, if you love a Hitchcock thriller, this one should be no exception.

RELATED: 10 Thrillers Hitchcock Would Have Been Proud Of

This is another movie we’ve all heard of, but the truth is, it only got a 6.3/10 on IMDb, and we totally agree with that rating. This horror thriller is set in California, where a family travels and their car breaks down.

However, they find themselves in a deserted area, which they discover is inhabited by a group of violent and hostile savages. This film is certainly thrilling and full of suspense, but that’s probably the only good thing we have to say about it. Again, if this title appears, we suggest you keep scrolling.

This dramatic thriller is set in Paraguay, where a Nazi hunter unravels a plot to revive the Third Reich. Yeah, this movie has an interesting twist on a national issue, and it’s really exciting.

Additionally, he was nominated for three Oscars, including Best Actor in a Leading Role, for the performance of Laurence Olivier. This movie is definitely underrated and we recommend it for a different kind of politically inspired thriller.

RELATED: The 10 Highest-Grossing Slasher Movies Of All Time, Ranked

This crime thriller stars Jane Fonda and Donald Sutherland. Yeah, that’s probably why it’s popular, but we’re not buying it. This movie actually won the Oscar for Best Actress in a Leading Role, but we still think this movie is overrated.

It’s about a small-town detective as he searches for a missing man, but his only lead is a New York prostitute. This film is cliché, nothing really separating it from all the other thrillers. It’s not bad, but we think you could spend your time on other hidden gems.

This adventure thriller stars Jon Voight, Burt Reynolds and Ned Beatty. With a 7.7/10 on IMDb, this film tells the story of an outdoor enthusiast, Lewis Medlock, who takes his friends on a canoe. They trek into the dangerous backcountry, intending to see the Cahulawassee River before it is dammed, but things don’t go as planned. This film is thrilling and is definitely a different story for this genre.

It was also nominated for Best Picture, Best Director, and Best Film Editing. We definitely suggest this movie for a bit of a change which is still totally thrilling.

NEXT: 10 Best Serial Killer Movies Of The 90s, Ranked


Following
The 9 Greatest Horror Movie Villains (And The 9 Shortest)

I just graduated from university in criminology and psychology, but I have a burning passion for cinema! I’m an avid reader, writer, and movie buff, and I love learning about movies, actors, directors, and sharing my passion and knowledge with others. I’m a List Writer for ScreenRant and love being part of a filmmaking community where we all share the same passions.