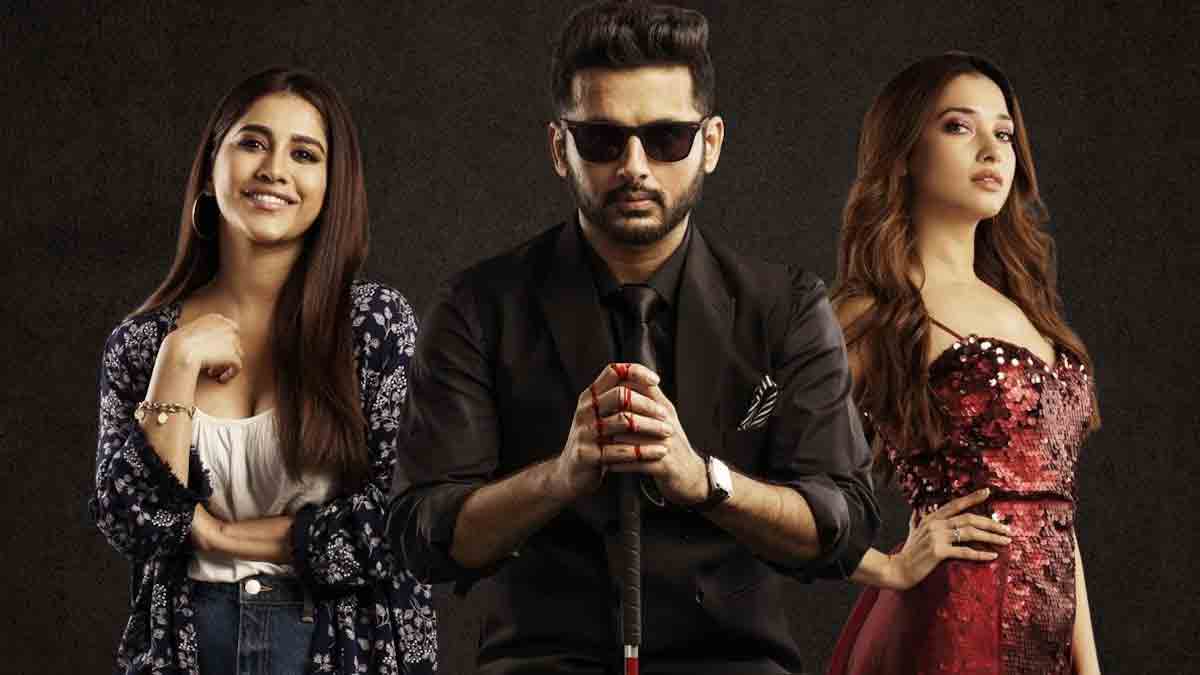 Hyderabad: Thrillers always leave audiences wanting more. If there is one thing that is true in South Indian cinema, it is that no one masters this genre better than them. And when it comes to Telugu thrillers, these films have scared audiences not only in India, but all over the world. With the highly anticipated “Drushyam 2” set to wow viewers on November 25, here is a list of 5 Telugu thrillers that should be on your watchlist.

Audiences couldn’t have asked for a better cliffhanger as the climax of Drushyam 1 kept the excitement at its peak ahead of the sequel which is set to drop on Amazon Prime Video. Packed with a gripping storyline, filled with twists and turns one could never see coming, the film will take you into the world of Rambabu. While the first film was directed by Sri Priya, the sequel is directed by Jeethu Joseph, who also makes his Telugu film debut with this film. It stars Venkatesh Daggubati in the lead role with Meena, Kruthika, Esther Anil, as well as Sampath Raj and Poorna in key roles. Arriving on November 25, the film is designed to give you chills.

If you are looking for a fusion between comedy and thriller, then “Maestro” is your film of choice. This movie has it all – from drama and soulful music, to the good acting of the artists and a mind-blowing climax that will make you wonder “what just happened?” A remake of the Hindi film ‘Andhadhun’, the film is written and directed by Merlapaka Gandhi and stars Nithiin, Tamannaah and Nabha Natesh, as well as Jisshu Sengupta and Naresh playing supporting roles.

This movie is packed with action, crime, and thrills that will get you high any day of the week. The film tells the story of an undercover agent and his partner who are behind a thief but soon realize that it’s not just about money and find out that a gang war is about to happen. ‘to burst. The film is directed by Sujeeth Reddy and stars Prabhas and Shraddha Kapoor, as well as Jackie Shroff, Arun Vijay and Neil Nitin Mukesh.

‘Evaru’ is a story about a revenge thriller movie directed by Venkat Ramji. The film was produced by Pearl V Potluri, Param V Potluri and Kavin Anne. The film, starring Adivi Sesh, Regina Cassandra, Naveen Chandra, and Murali Sharma, follows the story of corrupt cop Vikram Vasudev as he investigates a seemingly open and closed case of a woman killing her rapist.

With breathtaking action scenes and a storyline that will make you curious while you still can’t wait to see what happens at the end, “V” is a film written and directed by Mohana Krishna Indraganti, starring Nani, Sudheer Babu , Nivetha Thomas and Aditi Rao Hydari in the lead roles. This is Nani’s 25th film as a lead actor, in which he plays an antihero for the first time in his career. In the film, a decorated cop tries to hunt down a serial killer, leaving viewers as excited as ever – as they wait to see if he’s able to catch him or if the serial killer plays with that officer and then s ‘fled.