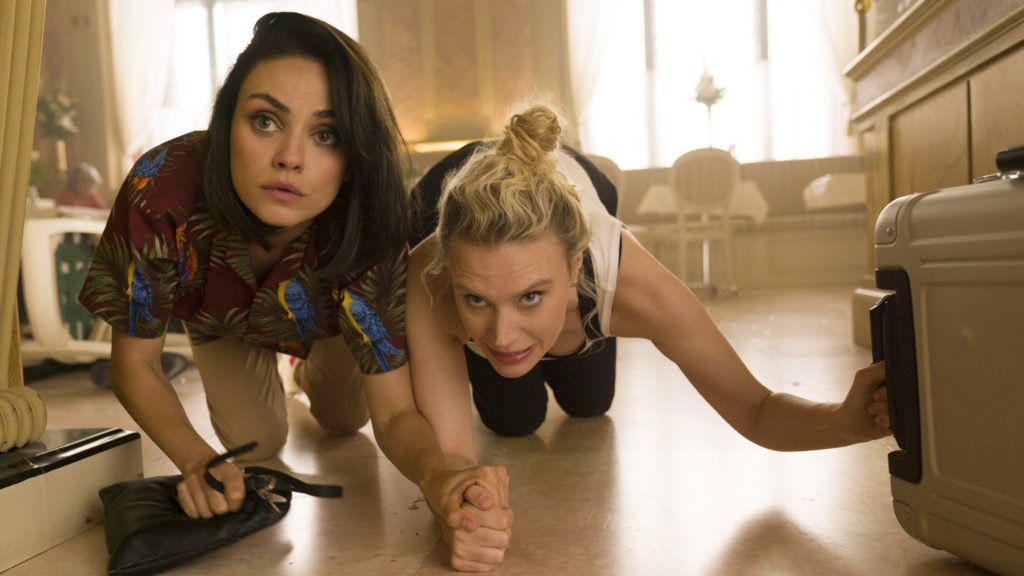 5 Murder Mystery Movies To Watch For A Thrilling Experience

We’d like to talk about that gray area between romantic comedies and stressful thrillers, which are the fun-crime-murder-comedy thrillers. What would you watch when you’re caught in the middle of not wanting to watch corny romantic comedies but also don’t want to drain all your energy watching a gripping murder mystery where serial killers scare the hell out of you? When you combine the two, you get comedy-thriller movies, our favorite genre!

In these films, everything seems perfect and organized at first sight, then suddenly everything becomes chaotic! A boyfriend can turn out to be a spy, a girls’ night out can turn into a killer night, a vacation can turn into a murder-cation, anything can happen in these movies. Without wasting any more time, let’s go.

Here are some fun movies that have murder, crime, spies, and lots of laughs, love, and adventure!

Whenever Kate McKinnon stars, you can expect a laugh-out-loud comedy. A well-known politician in the making, Jess (Scarlett Johansson) goes with her best friends for a pre-wedding girls’ trip, yes, a bachelorette trip to Miami. Everything goes haywire when a stripper is (accidentally) killed at their Miami beach house. The girls then try to cover it up, but the situation gets even more out of control. The film stars Scarlett Johansson, Jillian Bellm, Kate McKinnon, Ilana Glazer, Zoë Kravitz in the lead. The supporting cast includes Ty Burrel and Demi Moore.

Directed by John Francis Daley and Jonathan Goldstein, the film turns a fun game night into a true murder mystery. Max and Annie’s weekly game night is enhanced by Max’s brother with a fake murder mystery plan that even includes fake thugs and fake cops. But things get real when Brooks is kidnapped by burglars. If we reveal more, it will spoil the story! The film stars Rachel McAdams and Jason Bateman in the lead.

Jennifer Aniston and Adam Sandler are our favorite duo, and this Netflix movie was an instant hit. Jennifer Aniston’s Audrey is a hairstylist in New York and she’s married to Adam Sandler’s Nick Splitz. On their 15th wedding anniversary, Audrey confronts and complains about the promise he made to Audrey at their wedding, which was a trip to Europe. Nick claims he’s actually booked a trip, and they’re off to Europe, where they somehow land on a billionaire’s yacht. When they are caught up in the investigation into the murder of the same billionaire on the yacht, everything becomes chaotic.

This is the story of Stephanie (Anna Kendrick) and Emily (Blake Lively). Single mother, Stephanie leads a normal life with her son in Connecticut. She is also an active vlogger with her own website and very good followers. As for Emily, a happily married mother of one son, on the other hand, she lives a glamorous life with her career in public relations. She’s kind of the talk of the town with her personal style, fashion, and unconventional lifestyle. Stephanie and Emily’s worlds collide, which at first seems perfect as they instantly kick off a good friendship. But one day, Emily asks Stephanie for a simple favor, which is to babysit her son for a night, and that’s it! Emily disappears! Stephanie digs deeper into Emily’s past and discovers some interesting things.

What would you do if you found out that the ex who just dumped you with a text turns out to be an international spy? Directed by Susanna Fogel, the Mila Kunis-Kate McKinnon film follows two best friends, Audrey and Morgan. Audrey (Mila Kunis) gets dumped by her boyfriend, Drew (Justin Theroux). She finds out of nowhere that Drew is a CIA agent and is currently being chased by gunmen in Vilnius. He calls Audrey and asks for her belongings at her house, which includes a valuable fantasy football trophy. Audrey and Morgan are then drawn into a comedy thriller with gunmen, CIA agents and assassins. The film also features Gillian Anderson.