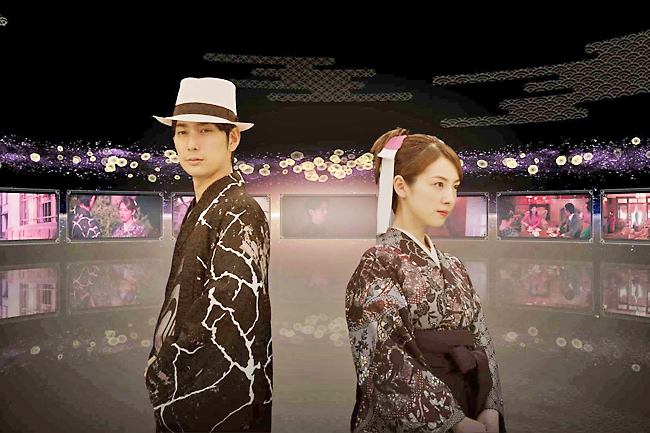 THE WASHINGTON POST — The last time Square Enix gave us a full-motion video game, it was frankly an absolute disaster. So it’s a brave move for them to get back on that horse. Thankfully, the Japanese publisher chose more wisely with The Centennial Case: A Shijima Story, a TV miniseries-style murder mystery that much better demonstrates the potential of video-emphasizing video games. While its cinematic and interactive elements don’t always meld convincingly, it delivers a tightly knit story that should draw you in with its dastardly deeds and superior detectives.

The story begins in present-day Japan, as future crime novelist Haruka Kagami accompanies his friend and science advisor Eiji Shijima on a visit to his family home, hoping to solve the riddle of an unidentified skeleton recently discovered in the field. Before Haruka can get her nose into this riddle, however, another murder occurs, followed by a landslide that blocks access to the estate. As tensions rise and the police remain cut off, it falls to Haruka to expose the killer.

To understand the full picture, however, Haruka must not only solve this latest homicide, but dig into the family’s history, consulting diaries detailing murders that date back a century and seem to have connections to Shijima’s name. . Some of the game’s six main episodes take place in flashbacks, chronicling events from 1922 and 1972. The commonality between them, you’ll soon discover, is the legendary Tokijiku, a fruit believed to grant eternal youth to those who consume it.

All but one of the episodes revolve around a single murder and play out like a classic Agatha Christie story. In the first phase of each episode, “the incident”, you can pretty much just sit back and watch the show. The stage is set and a small gathering of archetypal characters – the intimidating uncle, the ambitious singer, the henpected husband – arrive, armed with ulterior motives and grudges. Then one of them is found dead and Haruka (or her old equivalents played by the same actress) leads an investigation.

The story then cuts to a halt and you’re taken to an abstract space for the “reasoning” phase, where you help the detective put her thoughts in order. Here, relevant questions and potentially significant clues are represented as hexagonal tiles, and you match them on a grid to form hypotheses, which trigger a short animated sequence imagining how events might have happened.

You can relate the question of cause of death, for example, to a stone found near the body, which induces competing hypotheses – perhaps the killer sneaked in and deliberately shattered his victim’s skull, or maybe the victim slipped and hit his head during a fight.

Once you’ve generated a slew of such theories covering means, motive, and opportunity, the action resumes with the “solution” phase, that traditional climactic scene where the suspects sit obediently together in a room while that the detective exposes the assassin among them.

Hopefully you now have a good idea of ​​whodunnit and howdunnit, as the detective’s big tell-all talk will pause periodically for the player to correctly answer a multiple-choice question to keep heading toward the truth. Make a mistake and you get another try, but take a hit to your final episode rating (and likely your ego), a metric that doesn’t impact the rest of the game.

Initially, this division of episodes into discrete phases seems dicey for The Centennial Case, as it preloads each with up to 30 minutes of near-passive viewing (you can make a few non-critical dialogue choices and press a button when a clue prompts you). prompt appears), so the live parts should actually look like compelling TV.

Thankfully, the writing and performance quality is superior to many live-action games, which are often hampered by low production values. Of course, you should avoid the English dub, where attempts to lip-sync the Japanese performances lead to a staccato delivery, and the tone is more Murder, She Wrote than True Detective, but it cleverly uses that hokeyness to aim for winks. eye for genre tropes.

In particular, there’s a tongue-in-cheek tone to the performances, aided by a decision to redeploy many of the same actors as different characters in each time period, as they seem to genuinely relish going from suspect in one episode to victim or killer in a other. All are outfitted in their finest suspicious expressions, displaying furtive looks and exaggerated shock whenever their name pops up in an investigation. Particularly delightful is the sequence of extreme close-ups you are offered as you finally decide who to blame, where each actor gulps, sweats and blinks nervously in the spotlight.

The cast’s choice, however, is Nanami Sakuraba as Haruka (and Detectives of the Past), taking the lead as the central character who takes advantage of her chance to play investigator, enthusiastically pointing from an objection by Phoenix Wright. Her righteous announcements in the solution phase are made with so much confidence, it’s all the more fun when your choices send her into a bind, and she suddenly realizes she has nothing to back up her claim. .

Cue questioning looks and an embarrassed halt to the triumphantly ascending accompanying music.

The plots, meanwhile, are deftly organized, filled with clever twists and walls of misdirection. Yes, some revelations stretch the plausibility, but often when I thought something was wrong, I quickly realized that there had been signs pointing in that direction after all. Even clues introduced early that seem to lead nowhere can resurface and reveal their meaning in later episodes.

A big hurdle the Centennial case faces is how to make players feel involved, as its heavy reliance on live action limits your input. From that side, it is less successful. It tightly guides your hand throughout, even in a late chapter that feels like some sort of escape room puzzle and switches to a 3D game engine so you can look around freely. Connecting questions and clues is made easier by patterns on the tiles that need to match, which is welcome when you’re unsure of the answer, but can turn reasoning into something of a puzzle.

What can really make or break the equation, however, is how much you click with the “thinking” of the game. question is really whether his path of logic lines up with yours, and I found the results to be hit or miss. Sometimes a clue that I thought required careful thought was barely mentioned in the reasoning phase, or conversely, a series of questions wasted time on details I found obvious.

Shouldn’t it be self-evident, for example, that a victim lying in a pool of blood with a fierce gash in the neck was not knocked unconscious with a small wooden box?

Mismatches occurred in the live game more than I expected too. In one instance, Haruka is asked how she could tell that Eiji’s mother was his stepmother rather than his biological mother. The answer is obvious: she is too young! – is not one of the options, because the plot wants to lead to something else.

On other occasions I’ve chosen an answer thinking there was evidence to support my thinking, only to be told I was wrong because I guess the authors hadn’t thought at the same angle.

And although in most cases I managed to identify the correct culprit, not once did I fully understand the “trick”, i.e. the convoluted method used to commit the murder at the Sherlock Holmes, which they had been using until I landed a few lucky guesses in the solution phase, and it’s frustrating when you’re still partially driven to the answer.

Even so, I think it makes sense that a murder mystery finale should maintain a level of, well, mystery, and that’s a testament to the complexity of storylines that they don’t easily unlock. . All the clues you need are there in one form or another, but only in hindsight could I see how the few bits of evidence I couldn’t quite explain were key to set everything up.

More importantly, despite its limitations, The Centennial Case is a more compelling thriller due to its interactive elements. I was keen to find out where each story ended, not only because of the strength of the script and cutscenes, but also because the reasoning and solution phases encouraged analysis, asking me to question any assumptions I could. just watching TV. Once the concept of researching hypotheses is ingrained in your mind, you can’t stop generating them, even during the incident phases.

Maybe in the end, you have to come to terms with The Centenary Affair that you’re not so much Sherlock Holmes as Dr. Watson, offering ideas that could be taken up by the real star, or overlooked. If you don’t mind playing second fiddle to its fine cast and weaving in some intrigue, there’s plenty here to keep you going. As with any good TV murder mystery, the intention is to keep the audience guessing. The centenary case should keep you guessing all the way.

Don’t let debt stress you out