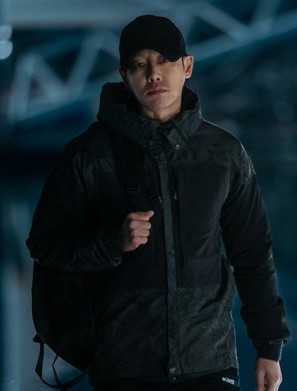 Kim, 38, stars as Hwang Kyung-min, who has been bullied at school in the past and is being investigated by police as the prime suspect in a serial murder case .

Actor Kim Sung-kyu plays detective Jung Jong-suk, who seeks to uncover the truth behind the murders.

Adapted from the 90-minute animation of the same title by “Hellbound” director Yeon Sang-ho, “The King of Pigs” is a vivid tale set in a modern society shaped by violence.

Although the two characters first met in middle school, they grew apart after Hwang Kyung-min was bullied at school.

The original animation won three awards at the 2011 Busan International Film Festival, including Network for the Promotion of Asian Cinema, Movie Collage, and Directors Award. It was also the first Korean animated film to premiere at the 2012 Cannes Film Festival.

To add its own flair to the original animation, the Tving series will introduce a new character, Kang Jin-ah, a detective played by veteran actor Chae Jung-ahn, according to Tving.

The 12-part series will be released exclusively on TVing on March 18.