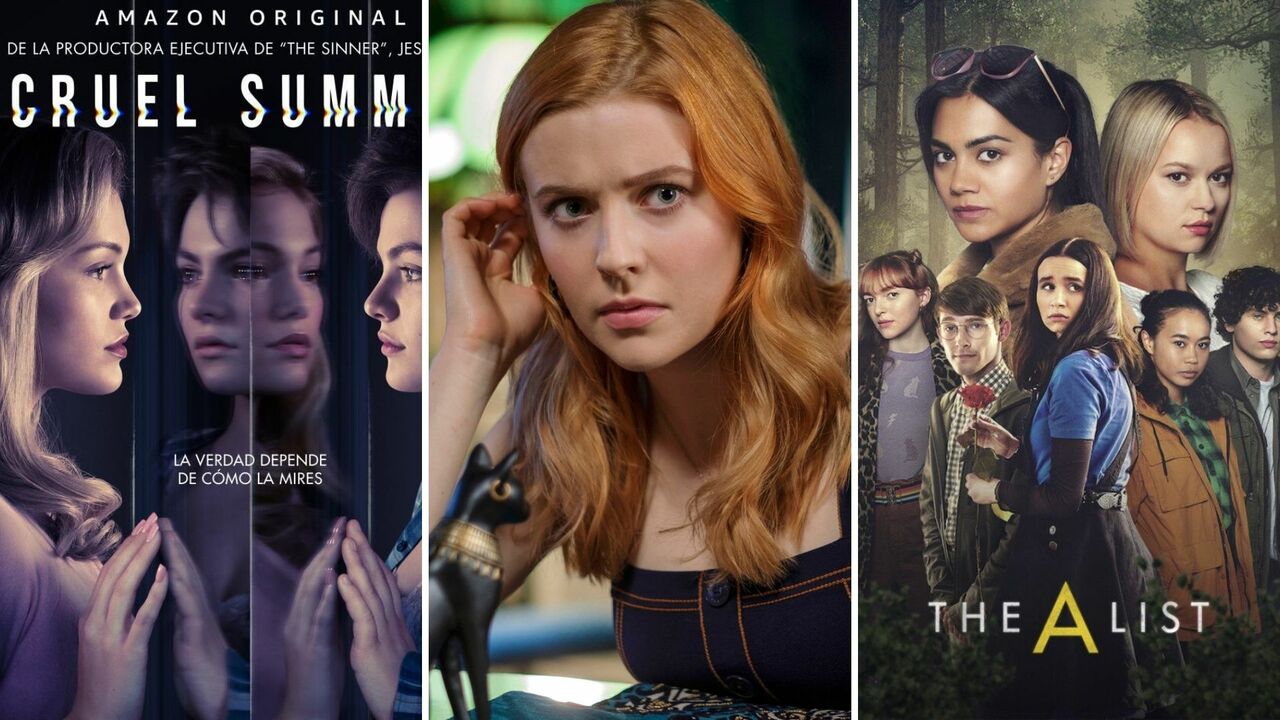 Awesome mystery series for youngsters to binge after watching Elite

Series have become a more common form of entertainment thanks to streaming, and especially after the COVID-19 pandemic has kept people at home, the possibilities are endless, there are platforms and content for all tastes. Sometimes, with so much content, you don’t know what to watch anymore, so if you’re a fan of series like: Elite, Riverdale, 13 Reasons Why or Pretty Little Liars, which mix mystery and a bit of the supernatural, these are essential options to watch. monitor for sure. you will love them.

It is a mystery series based on the novel series of the same name. An adaptation of The CW by Noga Landau, Josh Schwartz and Stephanie Savage.

In the fictional town of Horseshow Bay, Maine, retired teenage detective Nancy Drew spends her sabbatical as a waitress, while coping with the grief of her mother’s death. What appears to be a murder brings her back to her investigative activity.

It is a fantasy drama created by Julie Plec, it is a spin-off of The Originals and The Vampire Diaries.

The story follows Hope Mikaelson, the daughter of Klaud Mikaelson and Hayley Marshall, who descends from the most powerful bloodline of vampires and werewolves. Two years after the events of The Originals, Hope attends the Salvatore School for the Young and Gifted.

Panic is inspired by the same-man novel by Lauren Oliver, bestselling author of stories such as Delirium and Before I Fall, an Amazon Original production.

During the summer before their senior year, 23 graduates enter the annual Panic Contest, where they will receive a $50,000 prize that will allow them to escape from a Texas town.

Cruel Summer is a drama written by Bert V. Royal, produced by Jessica Biel for Freeform, and streaming exclusively on Amazon Prime Video.

This series of psychological thrillers takes place over three summers in the 1990s, where a popular girl disappears while a very shy girl becomes the most popular.

Tiny Pretty Things is a drama based on the novel of the same name by Sona Charaipotra and Dhonielle Clayton. It was created in December 2020.

The series revolves around a ballet school in Chicago, where an attack on a star student reveals a world of lies and betrayal, while a new student enters.

With Brennan Clast, Barton Cowperhwaite, Kylie Jefferson and many more.

The A List is a British teen series created by Nina Métivier for the BBC in 2018, with a worldwide release on Netflix. Its second season was released three years later on June 25, 2021.

Intrigue, romance, rivalry, mystery and the supernatural collide in this drama when a group of teenagers go camping on a remote island.