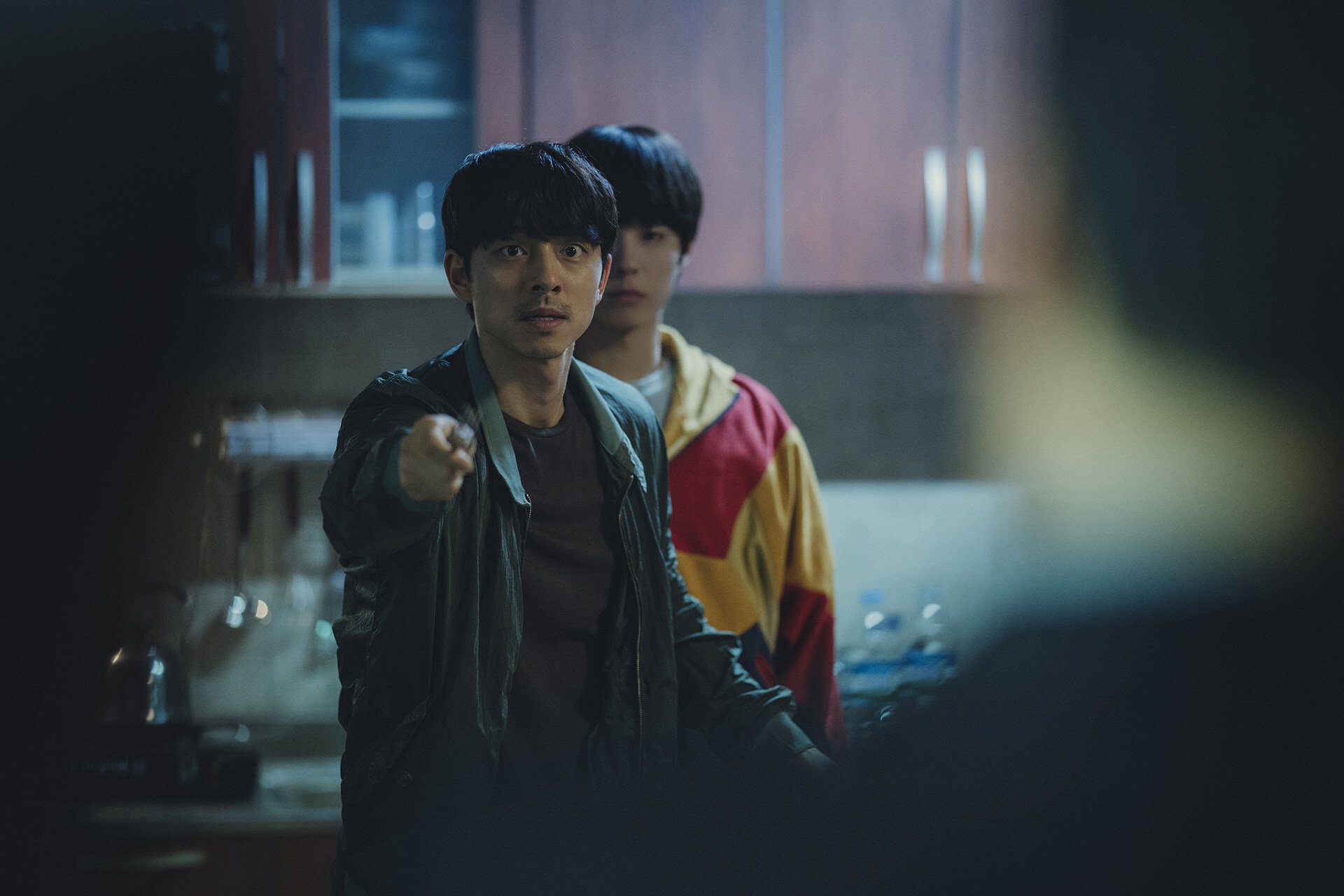 Best Korean thrillers of 2021 to watch this holiday season!

The year 2021 is coming to an end and the Korean wave is still high all over the world. As the holiday season approaches, what could be better than spending time with the people we call “the family” and watching movies. While every channel is packed with Christmas and other holiday movies, not everyone wants to watch sentimental romance stories meant just for this time of year. There is no designated time to watch a thriller. And with the end of the year, what better way to catch up on some under-the-radar Korean thrillers.

While Korean drama thrillers like “Squid Game”, “Sweet Home”, “Save Me” and many others have been the talk of the world all year round, some Korean thrillers worthy of attention have not not been touched because of ignorance. . From thrillers filled with comedy and satire to ones that throw you into an existential crisis. So here is a list of the best Korean thrillers of the year 2021 that you shouldn’t miss with some of your favorite actors in roles you never expected them to play.

Rules of the game: the hunt for humans

Released in January 2021, “Rule of the Game: Human Hunting” was the “Squid Game” before the series took the world by storm. The film has gone under the radar as it is not available on any global streaming platform. It stars Kim Sung-Soo, famous in “Suspicious Family”, Cho Kyung-Hoon, famous in “Hot Service: A Cruel Hairdresser”, as well as Seo Young and Kim Se Hee. The story follows Jeong Hwan, who has a lot to do in life and wants to forget everything. Thinking of taking a trip to move on, he decided to visit a remote island with other tourists. But in doing so, with his past, he too takes the risk of leaving his life forever. As the game of hunter and prey begins on the island, the lives of all tourists hang in the balance.

The film can be rented on Google Play Movies.

The sci-fi thriller released in April 2021 is one of the best Korean films. It stars our own “Goblin” and “Squid Game” researcher Gong Yoo and the nation’s boyfriend and Prince Charming Park Sae Beom as the lead. “Seobok” tells the story of a former intelligence agent named Min Ki Heon and the journey he takes with his new task. Ki Heon is terminally ill and gets the last assignment of his career. He must carry the first human clone named “Seo Bok”. He saves him from all the people after him because Seo Bok holds the secret of immortality.

As Ki Heon takes Seo Bok to their destination, they both begin to bond. No one has ever taken care of Seo Bok like Ki Heon without expecting anything in return. Due to the coronavirus pandemic and the theatrical and domestic release of the film in OTT. “Seobok” has gone under the radar. The film is a must-watch if anyone wants to reflect on life and ongoing human experiences and enjoy action-packed combat together.

Seobok is available to watch on Rakuten Viki.

Released in July 2021, “Midnight” is a simple game of cat and mouse between a killer and a witness to a murder. With “Come and Hug Me” and “Misty” star Jin Ki Joo and “Bad and Crazy” hero Wi Ha Joon leading the way. With “Sky Castle” fame Kim Hye Yoon and “In Her Place” fame Gil Hae Yeon. Meanwhile, the supporting cast includes talented actors like Park Hoon, Kang In Seo, Noh Su Min, Na Eun Saem, Lee Jae Seok, and Park Ji Hoon. The story follows Kyeong Mi, who suffers from hearing loss and works in a call center. And the killer Do Sik, who loves killing people.

After a not-so-good office dinner, Kyeong Mi went to pick up her mother on the way. Her mother became Do Sik’s new victim until another daughter passed in as her mother’s replacement. But as Kyeong Mi found the dead girl in Dark Ally, she ended up becoming Do Sik’s new victim starting the chase. The movie is really intense as the acting, musical score and storyline keep the viewers on their toes. While some viewers called the movie frustrating by calling the female lead stupid for not sensing the killer’s motives, we all know how the senses work when the going gets tough IRL.

Midnight is available to watch on TVING (South Korea)

Released in August 2021, “Sinkhole” is a comedy thriller featuring some of the best headlining artists. As the movie’s name suggests, it’s a sinkhole that appears in the middle of town and swallows a holey building. The story follows Dong Won, who saved eleven years to buy a house in Seoul. And soon after, he can buy one and calls his office friends for the housewarming party. The entire apartment complex sinks into a 500m deep hole with Dong Wong and his friends trapped inside. As they try to survive and climb up the hole, the task is not so easy as water begins to fill the hole, making it deeper.

Along with Cha Seung Won, Kim Sung Kyun, Lee Kwang Soo, and Kim Hye Joon, acting in movies is one of the best things about it. As the characters and story develop over time, viewers are sure to feel the laughter and thrill approaching them. Try ‘Sinkhole’ this holiday season if you’re in the mood for some good Korean satire that might hit home.

Sinkhole can be rented on Google Play, Amazon Instant Videos and iTunes.

Released in June 2021, ‘Hard Hit’ is one of the Korean thrillers that will give you goosebumps. It features ‘Bonheur’ and ‘Dr. The fame of Jin Jo Woo Jin and the fame of “Backstreet Rookie” and “Lovestruck in the City” Ji Chang Wook are in the lead. The story keeps the viewer in suspense until the end. The story follows Sung Kyu, who is a bank manager and comes from a middle-class family. When he was going to drop his children off at school one day, he received an anonymous call telling him that there was a bomb in his car. Telling him to prepare the money, the caller tells him that if he gets up the car will explode. But he is not the only one to have received the call.

Standing in traffic with other people who received the same call. While Sung Kyu thought the call was a joke, seeing a car explode in front of him makes him believe it’s all true. As he becomes the villain’s only target and a suspect for the police, Sung Kyu has no choice but to arrange the money and meet the caller face to face and close the deal.

The film is available to rent on Google Play Movies.

Released in February 2021, “Mission: Possible” is another comedy-thriller on the list. Written and directed by Kim Hyung Joo, the film is based on Bruce Geller’s Mission: Impossible series. Starring Lee Sun Bin and Kim Young Kwang in the lead role. The story follows Yoo Da Hee, a top secret agent in China’s Ministry of State Security. She was sent on a mission when her department received information about an arms smuggling ring in South Korea. But a case of mistaken identity leads her to meet Woo Soo Han, who is an inexperienced private detective whose petty cases include finding missing dogs.

Since she had no idea what kind of work he was doing, she included him on her team. Thinking he’s been designated by the Secret Service and pushed to the top. But when the main witnesses are murdered, things start to go downhill very quickly. Even if the mismatch is quite cliché, the film hits the mark in comedy and thriller. The movie has everything a thrilling spy parody needs, including the right chemistry, guns and illegal gangs, combat battles, and a perfect balance of action and fun scenes.