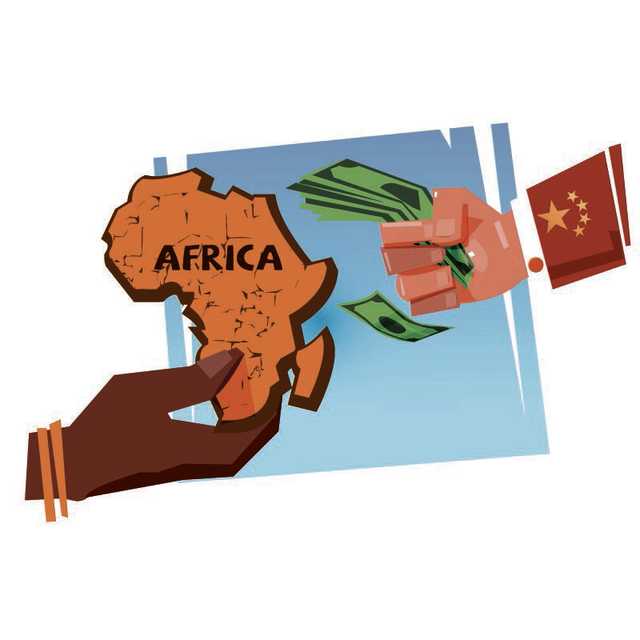 Kenya’s biggest creditor? Not China. Kenya owes less than 10% of its public debt, or less than 20% of its external debt, to Chinese creditors. Calling China Kenya’s main creditor is clearly an overstatement.

Western investors, often in the form of multilateral financial institutions and commercial creditors, are the biggest creditors to African countries like Kenya. According to the World Bank’s 2022 International Debt Statistics, 28.8% of Africa’s external debt is from multilateral financial institutions and 41.8% from commercial creditors. Together they account for almost three quarters of Africa’s total debt.

China-Africa financial cooperation has provided Africa with new options to break the bottleneck of insufficient funds for development.

Since the turn of the 21st century, China and other emerging markets and developing countries have actively supported Africa’s economic development. We have provided Africa with new funding channels different from the traditional Paris Club to help the continent build its capacity for self-generated development.

Take for example the China-Kenya financial cooperation. All of China’s loans are project-specific based on equal consultation and mutually beneficial cooperation. The fruitful and tangible results of our cooperation are there for everyone.

Africa’s debt situation is inherently a development issue. The solution is to ensure the effective use of funds and loans. The fact is that funding from Western countries is mainly focused on non-manufacturing sectors and often comes with political conditions, such as reforms in human rights, law and other areas. Instead of genuinely helping Africa to advance economic growth, generate more tax revenue, increase exports and earn foreign exchange to improve the balance of payments, such financing is used as a means to reshape the continent.

China always respects the wishes of the African people and its funding to Africa focuses mainly on infrastructure and manufacturing-related sectors to meet the real needs of the region.

There is no interference or covert maneuvering. Furthermore, China has never attached political conditions to debt agreements, never forced any African country to take out loans, and never lobbied for debt service for any African country.

Not a single African country has gone into debt or been forced to mortgage its ports, mines or other strategic resources to China just because it has financial cooperation with China. Tarnishing the transparency of China-Africa cooperation is an insult to the governance of African countries and the wisdom of African people. Such attempts themselves, I fear, are driven by the least transparent intentions.

Not a single developing country has ever fallen into the so-called “debt trap” because of Chinese loans. In fact, the so-called ‘debt trap’ is a narrative created by those who wish to forever plunge Africa into a ‘poverty trap’ and a ‘delay trap’. It cannot be said that only the loans granted by Western countries in the past were development aid, while those of China are now qualified as “debt traps”.

China is truly committed to supporting Africa’s development and revitalization, and has always been dedicated to easing Africa’s debt pressure.

China is fully implementing the G20 Debt Service Suspension Initiative for the Poorest Countries (DSSI): it has postponed more debt payments than any other G20 member, signed an agreement or reached an agreement debt relief with 19 African countries, and has engaged in the case-by-case treatment of Chad and Ethiopia’s debt within the G20 common framework.

Unfortunately, commercial creditors as major lenders to Africa have only limited participation in the G20 DSSI, and multilateral financial institutions have even refused to adopt debt relief measures within the framework of the Common Framework for debt treatment beyond the DSSI.

Solving Africa’s debt problems requires a systematic plan, which includes both palliative measures such as debt relief and solutions to strengthen Africa’s capacity for independent development and sustainable.

China calls on the international community to strengthen its support for Africa, respect its will, listen to its voice and help African countries quickly achieve independent and sustainable development.

Reversed – Watch the trailer for the new indie horror film