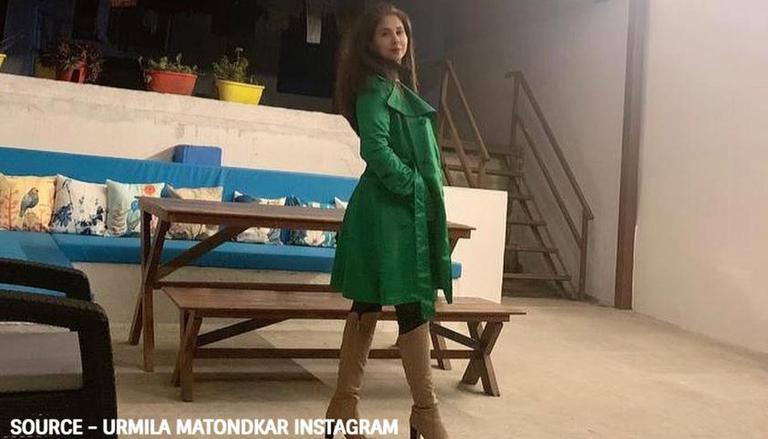 Urmila Matondkar has often received critical acclaim for her acting and dancing skills. She made her Bollywood debut as a child actress in the critically acclaimed film Masoom. Over the course of her vast career, Matondkar has portrayed a variety of characters, she rose to fame playing the character of Mili in the hit Ram Gopal Varma. Rangeela.

Urmila Matondkar’s films boast a long list of critical and commercial successes such as Satya, Khoobsurat, Bhoot, Tehzeeb, Pinjar and more. The Rangeela actress movie Kaun? was a critically acclaimed psychological thriller film directed by Ram Gopal Varma and even after 2 decades remains a popular film among fans who follow the horror-thriller genre. Urmila Matondkar’s films include quite a few other thrillers like this. Here is our list of movies like Kaun?

Jungle is a survival thriller starring Suniel Shetty, Fardeen Khan and Urmila Matondkar in the lead roles. The film revolves around the characters of Khan and Matondkar who are in love and have decided to tell their parents so that they can get married. However, the family decides to go on a jungle safari and, as a result, chaos ensues. The film is a collection of suspense, drama and action all rolled into one, and is good entertainment. The entire cast of the film received positive reviews upon release and was declared a box office success. The film was produced and directed by veteran director Ram Gopal Varma. Check out a popular song from the movie below.

Pyaar Tune Kya Kiya is a romantic thriller starring Fardeen Khan, Urmila Matondkar, and Sonali Kulkarni in the lead roles. Urmila Matondkar plays the character of Ria who falls in love with the character of Khan Jai who is already married to Geeta played by Sonali Kulkarni. The film revolves around the one-sided adoration that Ria feels for Jai to the point of mental instability. The film is best known for Matondkar’s remarkable performance of an obsessed lover. The movie is pretty hectic as it keeps someone hanging on to their seat wondering what’s going to happen next. The film was a critical and commercial success and was directed by Rajat Mukherjee. Check out a popular scene from the movie below.

Also Read: Cast ‘Batla House’: Getting To Know The Actors And Their Characters In 2019 Action Thriller

Deewangee is a psychological thriller starring Akshaye Khanna and Urmila Matondkar as the lead roles, while Ajay Devgn stars as the antagonist. The film revolves around the relationship between the 3 characters with the character of Devgn suffering from Dissociative Identity Disorder, which is also more commonly referred to as Multiple Personality Disorder where the person usually has two or more distinct identities. The film is suspenseful and scary until the last scene. The film was directed by Anees Bazmee, the film received critical acclaim, and Devgn received high praise for his portrayal of an antagonist for the first time. Check out a promo of the film below.

Ek Hasina Thi is a neo-noir thriller starring Urmila Matondkar and Saif Ali Khan in the lead roles. Urmila Matondkar stars as Sarika who soon falls in love with Saif Ali Khan’s character, Karan. The film shows how Sarika, a perfectly normal and innocent girl, is intentionally mentored by Karan who works secretly for the “underworld”. One of the highlights of this film is the change in Sarika’s motivations and mores that follows after this realization that she has in prison. The film was directed by Sriram Raghavan and is considered one of the best works of Urmila Matondkar, Saif Ali Khan and director Sriram Raghavan. Check out a trailer for the film below.

Bas Ek Pal is a romantic crime thriller that stars Juhi Chawla, Sanjay Suri and Urmila Matondkar in the lead roles, with Jimmy Sheirgill, Rehaan Engineer and Yashpal Sharma in supporting roles. The film shows the interactions between the characters played by the entire cast and how this leads to Suri’s character being sent to prison. Once released from prison with the help of Juhi Chawla’s character, the whole mystery of the chaos begins to unravel. The film is entertaining until the end and was particularly appreciated for its musical composition. The film was directed by Onir. Check out a popular song from the movie below.

Top 10 Malayalam Thrillers of the 90s