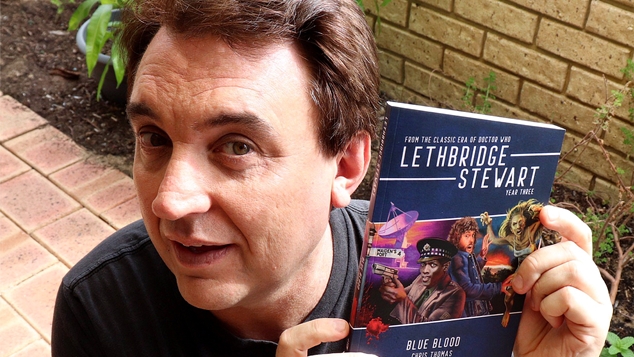 Perth’s Own Doctor Who Spin-off author Chris Thomas will be at the first annual Perth Horror Film Festival from August 19-21 to sign copies of his latest novel.

Use characters from Doctor Whofrom the classical period, Lethbridge-Stewart: Blue Blood is an action-packed thriller best described as “sci-fi horror.”

Bodies of missing people from around the world are beginning to appear, as if torn to pieces by wild animals, apparently linked to an experiment gone wrong 30 years ago during World War II.

“Given the horror elements of my novel, the Perth Horror Film Festival seemed like a great place to do a signing,” Thomas said.

“Many Doctor Who the stories themselves drew inspiration from horror classics such as Frankenstein, Dracula and The Curious Case of Dr. Jekyll and Mr. Hyde or styles of horror including Nordic noir.

“They all have a moody atmosphere that pulls you in but add a sci-fi twist along the way.”

On August 20, the Perth Horror Film Festival is hosting its own sci-fi horror night with several local shorts evoking the theme and main feature, The day the Earth caught fire.

Thomas Lethbridge-Stewart: Blue Blood is the sequel to his previous short story vampires of the nightincluded as a bonus with his novel.

“You don’t have to read the short story to follow what happens in the novel, but it’s the impetus for everything that happens,” he said.

“With all the action, horror and sci-fi going on, you’d think there wouldn’t be room for much else – but I’ve also allowed for comedy in some scenes to maintain a balance.

You can support our work by subscribing to our Patreon
or contribute to our GoFundMe campaign.