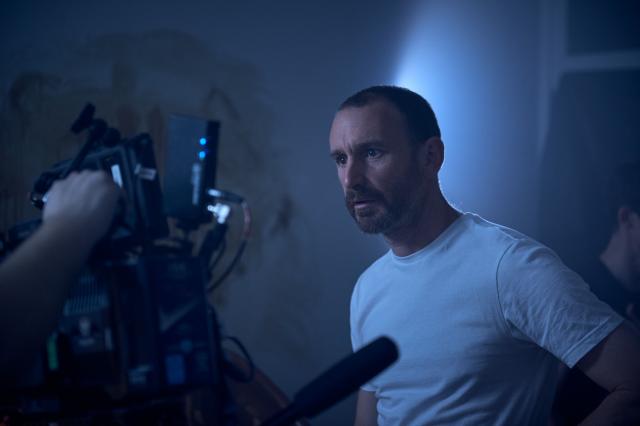 For any independent filmmaker, getting a film off the ground is hard work, and an immense passion for the craft is required to continue on the long road ahead. But for David Willing, that possibility became a reality when his horror flick ‘Surrogate’ premiered at the Sun Theater earlier this month. Molly Magennis spoke to the writer/director about her passion for filmmaking and her journey to her directorial debut.

When he was 12, he picked up a video camera and started making movies around his house.

He eventually headed off to film school, where he learned the intricacies of screenwriting and putting together a film.

“[My] the love of cinema grew and grew and I started learning how to write and direct films,” David said.

“Then, over the years, my adult life has been directed, well since film school, short films and documentaries. I’ve written, I think, about 11 feature films, but this is the first that we’ve managed to find the funding to make.

While horror was a genre David was particularly fond of growing up, his pre-Surrogate work mainly consisted of writing crime/thriller scripts, documentaries and a comedy short.

“It’s kind of come full circle that my first feature was a horror movie because I had loved that genre so much growing up,” he said.

George A. Romero, a pioneer of the horror genre who is often referred to as the “godfather of zombies”, is cited by David as having a significant influence on him from a horror perspective.

He was lucky enough to meet the acclaimed director about six years ago at the Melbourne International Film Festival.

“I gave [George] a copy of one of my shorts that I did at the time and I just had a quick chat with him at the cinema and he signed one of his books for me.

In terms of particularly impactful films, Silence of the Lambs (1991) and David Fincher’s masterpiece Seven (1995) were “pivotal” for the young filmmaker, the latter having a particular influence on Surrogate.

“It’s one of the movies I watch, you know, once a year I revisit it, it gets better every time and the influence of that shows a little bit in Surrogate, not a lot, but there’s has a few moments that are clearly inspired by the film’s design.

David describes Surrogate as “intense paranormal horror” centering on a single mother named Natalie Paxton who becomes mysteriously ill and struggles to save her family from destruction.

“When she comes home [from hospital]just all of these things really, you know, crazy, intense, complete things start happening to her and her daughter, and then she has to sort this out,” he said.

The film is the result of a brainstorming session he had with his co-writer Beth King in 2016, where the duo came up with eight story ideas, one of which immediately stood out.

They spent two years writing and rewriting the story, coming up with five different endings in the process, before officially shooting the film in 2020.

Kestie Morassi, best known for her role in the iconic Australian horror film Wolf Creek (2005) and as Maggie in Home and Away, has been cast as Natalie, alongside Jane Badler (Mission Impossible) and Louise Siverson (Prisoner).

David said Morassi was looking to star in another horror film around the time she finished Home and Away. She had been offered many horror scenarios after Wolf Creek, but none had caught her eye, that was until she read Surrogate.

“What’s interesting about her role is that she’s in almost every scene in the movie…so [we] just need to see that she would fit the character,” he said.

“But then she sent me a tape of a particular scene, and it was like, oh wow, she’s going to be perfect for the role, and yeah, that’s a pretty amazing performance.”

While the rest of the cast and crew is made up of over a hundred talented creatives, Surrogate has a distinctly local flavor, with many of the western-based people involved.

Renee Schulz, David’s roommate, was behind the film’s gruesome makeup, the chilling soundtrack was composed by Footscray resident Mark Buys, cinematographer Ben Luck resides in Sydenham and studio producer Haris Fazlic is based in Sunshine.

“The other [person who] was just amazing was our production designer Bianca because the art departments feel the lower budget more than anyone because, you know, they have to dress certain sets and do certain things, and her work is amazing on [the film]it looks gorgeous,” David said.

Surrogate officially had its world premiere at the Sun Theater in Yarraville on Wednesday, April 6, followed by a Q&A with Jane Badler and Kestie Morassi.

David said the response to the film has been very positive so far, with some audience members getting more than they bargained for.

“Everyone just found it quite intense and [they’re] seized as they watch it,” he said.

“We actually had in our premiere, honestly, someone passed out… there’s a particularly notorious scene that they got up to leave and she passed out.

“I said to the makeup artist who did the special effects, that’s the best compliment you can get for your work.”

The film’s rapid success was equally clear when David was told it was Sun Theater’s number one film for two weeks, and that it had surpassed sales of new releases The Batman and Morbius last week.

“I would say a lot of independent filmmakers would kill to get what we have, you know, part of it just comes through that hard work and tenacity,” David said.

There are still plenty of opportunities for horror fans and cinephiles to see Surrogate on the big screen, with the Thornbury Picture House hosting screenings on April 14 and 20, and the Sun Theater hosting three more sessions during the school holidays with dates yet to be announced.

7 thrillers to watch before Ajay Devgn’s ‘Runway 34’ on Netflix, Amazon Prime Video, ZEE5 and more that have the perfect blend of suspense and mystery