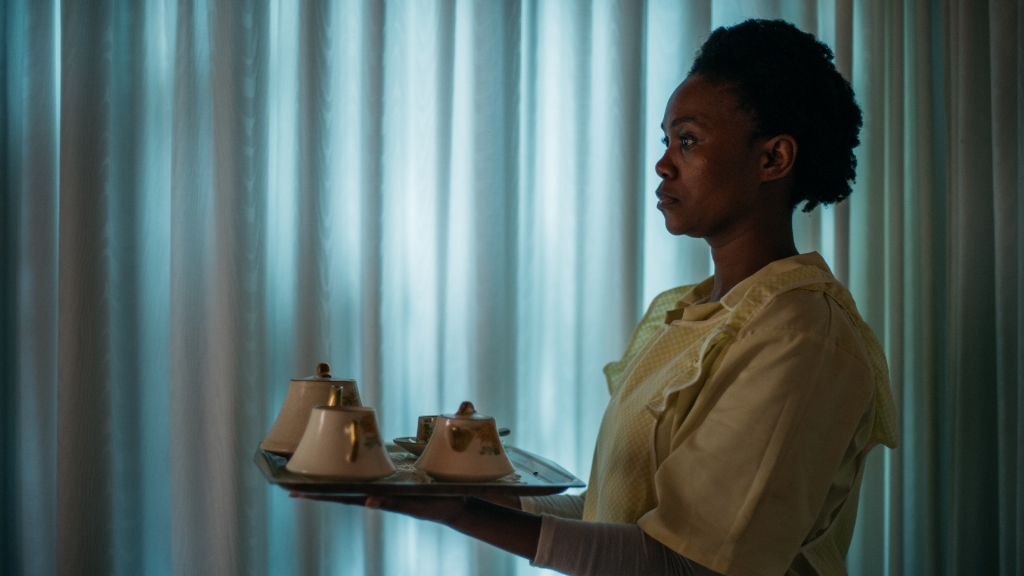 Shudder, AMC Networks’ premium streaming service for horror, thrillers and the supernatural, is thrilled to release the first trailer for Shudder Original good lady ahead of the film’s debut on the platform on Thursday, July 14.

The film is the fourth feature film by acclaimed South African writer/director Jenna Cato Bass (High Fantasy, Flat Earth) and premiered to high acclaim at the 2021 Toronto International Film Festival. A genre film grounded in the mundane everyday horrors of our society, good lady explores the generational trauma inherent in South African culture, stretching from the past to the present day, with chilling delivery and haunting results.

In good lady, Tsidi, a single mother, is forced to move in with her estranged mother, Mavis, a domestic worker who obsessively cares for her catatonic white “Madame” in an affluent Cape Town suburb. As Tsidi tries to heal his family, a sinister specter begins to stir.

See the trailer for good lady above.