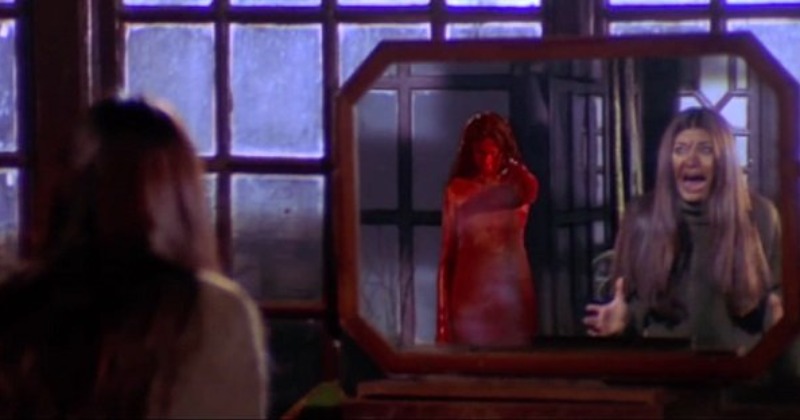 Bollywood produces new content every day. During the pandemic, we’ve seen a gaggle of new actors making their way onto OTT platforms making films that are relatable and leave you hooked.

We see many genres, from thriller, rom-com, action and even gore and abusive. But how many Bollywood filmmakers have been able to release good horror films. We have seen a few movies in the recent past like Stree and Roohi which also have comedic elements but we are really missing a scary Hindi movie.

With very little attention paid to my favorite genre, here’s why I think Bipasha Basu’s Raaz continues to rule the roost.

Settled in Ooty, Sanjana and Aditya try to save their failed marriage. But little do they know that the romantic destination will keep them on edge.

2. Bipasha’s debut as a horror queen

We are grateful Bollywood has recognized her potential as a queen of horror. Bipasha’s timing in the film is one to watch. The scene where she’s gardening and an ax falls out of nowhere, not once but many times, can definitely send shivers down the spine.

This name can be heard throughout the film. Sanjana is Bipasha’s name but she can hear it in the winds directly in her ear whenever she is home alone. The way her hair flies and she turns may horrify you.

Not just Bipasha Basu, even the ghost has been handpicked as the sexiest. Malini Sharma as Malini Malik who plays the evil spirit), daughter of the retired Colonel, is not your usual white-faced ghost in a white sari. She’s creepy, sexy, and too pretty to let go sometimes.

5. Ashutosh Rana’s role as a teacher is scarier than Dushman

Playing the role of a teacher, one would think, he is a man with solutions. In parts he is shown to be, but the way he acts in certain scenes where he senses the ghost and his untimely death will make you wonder if he was scary in this movie or Dushman.

6. This is not a typical ghost in a white sari.

Not a single stroke of the white sari. In fact, the ghost is sassy. Before becoming an evil spirit, director Vikram Bhatt claimed that Malini was a pretty, raspy-voiced girl who drove her father’s jeep. Playing the role of a mentally ill girl, who falls in love with Dino Morea.

7. A box office hit that led to more installments

Many reboots have come and gone, but the original continues to kill to this day. Ooty, wooden house, hill station vibe makes Bipasha-Dino starrer a perfect setting for a horror movie.

8. Unlike other horror movies, this one has the best music album

The music for the film was composed by Nadeem Shravan and the songs were mainly sung by Udit Narayan and Alka Yagnik, what else do we need from the 90s and 2000s. Bring your earphones to listen to songs like Aapke Pyaar Mein , Jo Bhi Kasmein Khayi Thi, Main Agar Saamne and the very strange Yahan Pe Sab Shanti Shanti Hai.

9. Forest scenes are by far the best created in Bollywood

This is a Bipasha Basu film with an equally excellent supporting cast. She may have debuted with Ajnabee, but here, with her perfect timing of fear and thrill, Raaz is a staple. The scenes where the dry leaves are blowing make for a scary scene.

(For the latest updates from Bollywood and Hollywood, keep reading Indiatimes Entertainment.)

Debt collection: HC proposes to open a vigilance investigation against a bank manager

Awesome mystery series for youngsters to binge after watching Elite