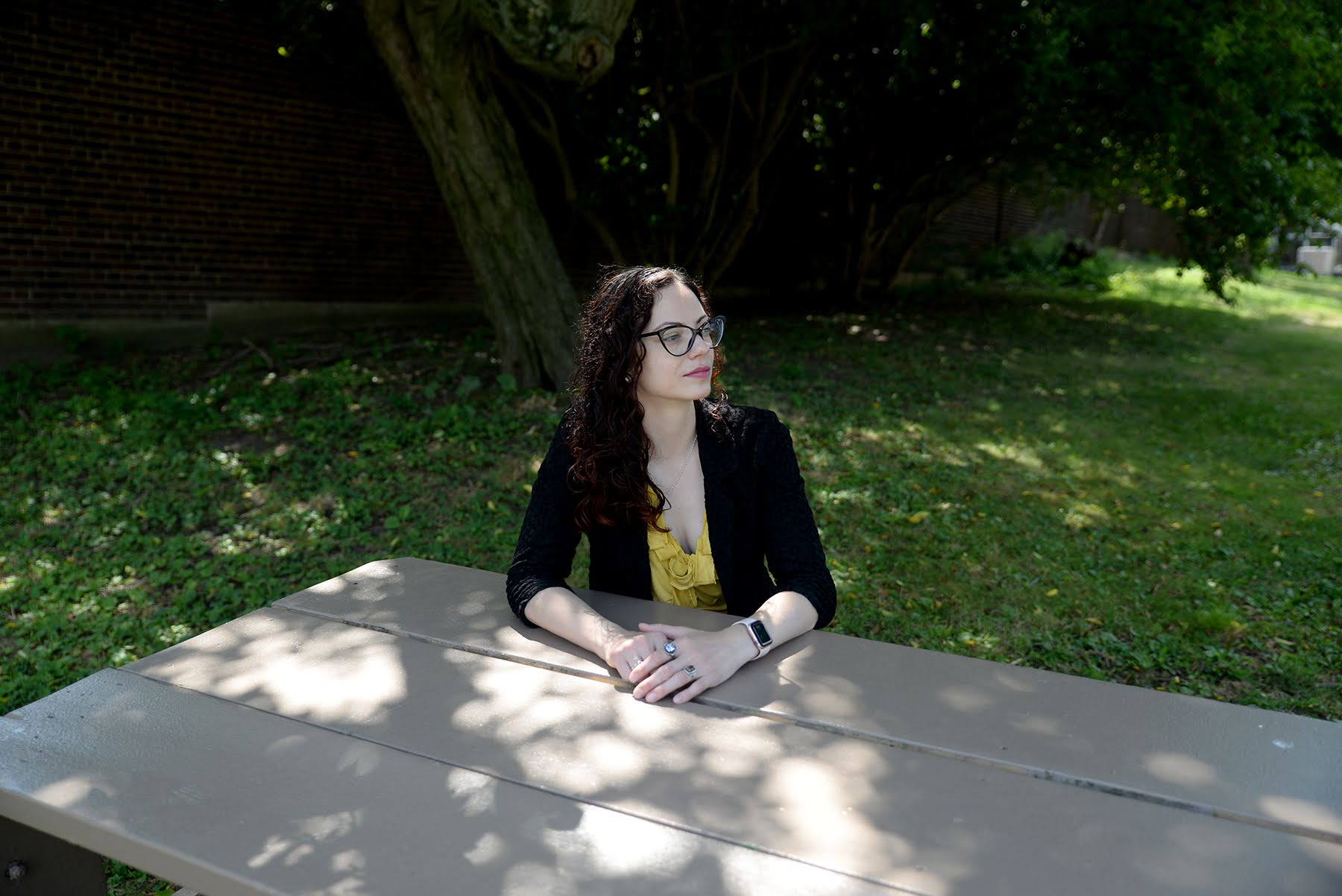 Higher Education Debt Made My American Dream a Nightmare

When I think back to my childhood, I hear my mother insisting: “Educate yourself. Study and get a good job so you don’t struggle like me. I listened.

My mother worked very hard to support her five children, with little or no help. Looking back, we were always either in poverty or on the brink. Both of my divorced parents have taken college courses, but neither has completed a program. If my mother had graduated, our situation might not have been so difficult.

It was imperative that I use my talents to do better and pursue something bigger.

In 2004, I left my hometown in central New York State to attend college at the Art Institute of Pittsburgh. [AIP]a private, for profit institution. My dream was to do photojournalism. Although I was told that it might be wiser for me to attend a local community college first, the lure of a bigger city and the desire to break the chains of my parentage were too much. strong. A friend and I took a bus trip to town for several days, and seeing the beauty and life of Pittsburgh, I was sold.

When I signed the principal promissory note for AIP – a legal document by which student borrowers agree to repay their loans, plus interest and fees – I was 18 years old. I signed up to take four courses, four terms a year, for a degree expected in less than four years, and with student loans estimated at around $45,000.

The bill included housing costs for only three school terms, and I was unaware that the rest of my housing costs were not included in the estimated total. Even though I worked part-time for most of my studies, it was not enough to support me financially. I ended up taking out additional student loans to cover my living expenses for the five years it took me to finish.

I had “shovelfuls” of loans, as my grandmother might have said.

As a youngster, that dollar amount was entirely abstract. It was a preoccupation with a date to come, the distant future, and it was difficult to conceptualize its true weight and significance. It would be the price to pay for the escape from my hometown – and for the education that would make my dreams come true.

University was no picnic. I took on real challenges. My family didn’t have the generational knowledge of what it takes to pass a degree program. I now understand that I have ADHD, which has affected my concentration. I was broke and depressed. Like many others, I changed course. The initial course load was too heavy, the terms too short. I stopped and resumed a few classes. Each of these factors and errors added to my bill.

As I progressed through my program, towards my graduation, I saw those I started with and met along the way start to drop out. For some, their loans were already too big and they couldn’t borrow more to finish. Others failed to pass their courses.

For some reason, there were fewer and fewer familiar faces, and more and more young adults were leaving the IAFF with only debt to show for their efforts.

My peers and I didn’t know when we were students that our college had low graduation rates compared to public and private not-for-profit colleges. Even among full-time students who enrolled in four-year programs at AIP in 2011, only 29% graduated in six years. It has become an almost sarcastic joke that when former AIP students meet, the first question we often ask is, “Did you graduate?” »

When I graduated with my bachelor’s degree in digital media production in December 2009, I was very proud and relieved. I was the first in my family to graduate. Despite all the challenges I faced then and since, I appreciate my upbringing and what I have achieved. Having a bachelor’s degree opened doors for me and led me down unexpected paths. It gave me the tools to better understand the world around me, to understand humanity, even to better understand myself. I have often said that college taught me not what to think, but how to think.

While it made me the woman I am today, that education and fulfillment cost far more than I could have ever imagined.

EDMC, which owned AIP and other for-profit colleges, agreed to pay $95.5 million in 2015 to adjust allegations that the company’s recruiting practices were enrolling students in programs they lacked the skills to complete and left them saddled with “unsustainable” debt, according to the US Department of Justice. EDMC did not recognize mischief through regulation.

When I graduated, the $25 an hour jobs for entry-level graduates that my professors told me were likely didn’t materialize. I did not receive the professional assistance, job referrals or privileged relationships with industry professionals promised by AIP. I was alone and the job market was still struggling to rebound from the Great Recession. I managed to land an administrative position at a local law firm, which wasn’t my dream job, but it was what I needed at the time. With loan payments due within six months, I suddenly had a dark cloud over my head to the tune of about $85,000.

In addition to Sallie Mae, I knew I would have to make payments to AIP for some of my loans, but since I received no bills in those first six months, I called the college to inquire about the state. After several calls to various AIP services, I was told that I had no loans with them. It was not until my mother opened the mail from AIP that she received at his address that I discovered that these AIP loans were now in default. I bundled them into a brand new federal loan, including collection charges of over $2,200. I even received a letter from AIP congratulating me on repaying my loan. I felt insulted.

The interest rates on my loans have kept me in a perpetual state of unimaginable debt, as most of my payments have been for interest only. Even now, my private loans have interest rates ranging from 7.75% to 11.75%. For years, I’ve considered these “ghost loans” – these monetary numbers that will haunt me forever, that I’ll never really face, that I’ll keep pouring my hard-earned US dollars into without ever making any progress.

It was the price to pay for following the American dream. I didn’t own a car until I was 30. I have tiny retirement savings and may never own a house. I would like to go to graduate school to better compete in the job market and increase my salary. But why should I go into debt of $75,000 or more?

EDMC agreed to forgive almost $103 million of student loans granted to over 80,000 former students in 2015. I was not affected by this settlement, as automatic relief was granted to students enrolled for 45 days or less, among other things Criteria.

EDMC concluded the sale of 31 art institutes in 2017, then filed for Chapter 7 Bankruptcy the next year. In 2019, the AIP closes its doors and campus online for good.

The federal government also cancels a collective agreement $6 billion in federal loans for approximately 200,000 former students who attended one of more than 150 schools listed in a class action settlement, including EDMC’s Art Institutes. I should be able to benefit from this forgiveness and sincerely pray for this relief.

I am also eligible to receive the modest sum of $500 through a settlement with Navient, a student loan servicer. The lawsuit alleged that the company was born subprime private loans to students attending for-profit colleges and pushed some borrowers into forbearance instead of relief programs. Navient has repeatedly denied wrongdoing and has not admitted liability under the settlement.

I’m grateful for my upbringing, but I can’t help but ask, “How did this happen to me? AIP knew my family’s finances, knew I was moving out of state, and knew I didn’t have the support of college-educated parents. How could anyone – AIP and the other lenders – extend these lines to me in good conscience? All the odds were against me.

Whether I ever graduated or found a career in my major, AIP paid off.

My mother and America told me that I should go to college to improve my life and that of my family and the nation. I was told that I could be and do anything if I had an education. But millennials, my peers, have become a struggling generation – hardworking and educated, but drowning in debt. We are excluded from the capital market because we have no capital. We have no purchasing power, which has an impact on the economy. We will be without retirement savings.

We will not be able to send our own children to university.

Rachelle J. Quinn is a personal financial advisor, passionate about educating and guiding others in their financial lives. Despite the title of this article, she still hopes to one day get a master’s degree. If you would like to message Rachelle, email [email protected]

Do you feel more informed?

Help us inform people in the Pittsburgh area with more stories like this – support our nonprofit newsroom with a donation.