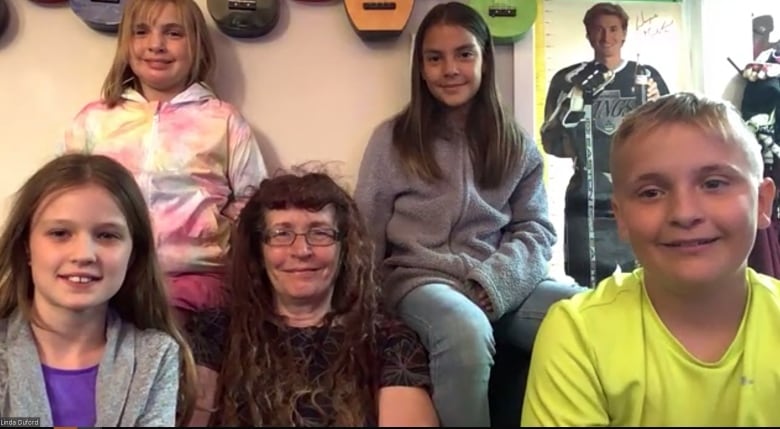 In just a week, these young people from Hey River have made their crime thriller Pipa News

It was the roller coaster experience that awaited unwitting community members who visited the Hay River Heritage Center last Thursday for the premiere of the community-produced mystery thriller.

The film, Fiddle: The Haunting of His River, was produced by a group of 14 young people aged 6 to 17. It only took him a week at camp to write, direct and produce the film.

“This guy’s name is Bill and he died and he cursed this violin after he died,” said 12-year-old Chase Cornell, who said he loved playing a policeman in the film. “The family carried him here and that’s why he’s called Haunted Fiddle. Whoever plays it dies.

Her 11-year-old sister, Sini Cornell, said she loved the plot.

“People are dying a lot, and there are doctors and nurses, policemen and idiots,” Cini said. “Now that’s funny!”

The film camp was led by Linda Duford, owner of Purple Pick Studios. She usually organizes singing, violin and guitar camps in the summer for the young people of Hay River. Hosting a film camp was new territory for him.

“We were actually going to take a week off that week… but then some of the kids wanted to come and do something,” Duford said. “So it was just a last minute thing and it was the funniest thing of the whole summer.”

Duford said, “He really helped make the movie as good as it could be. Like some of the ideas he had, I never encountered them. “One of my favorite scenes is when a doctor comes for the nurse and the kids decide his name should be Dr. Kanye West, which I never would have thought of.”

For nine-year-old Ila Dean, the experience inspired her to play more.

Dean said: “What I learned was how to speak loud when you act so they can hear you. I really want to be in more movies in the future.

Duford said she considers Thursday’s premiere a success. The center was filled with 35 community members to watch the film. Duford said he was incredibly proud of the campers, who dedicated their film to the late Peter Magill, a former councilman who was a huge supporter of the arts.