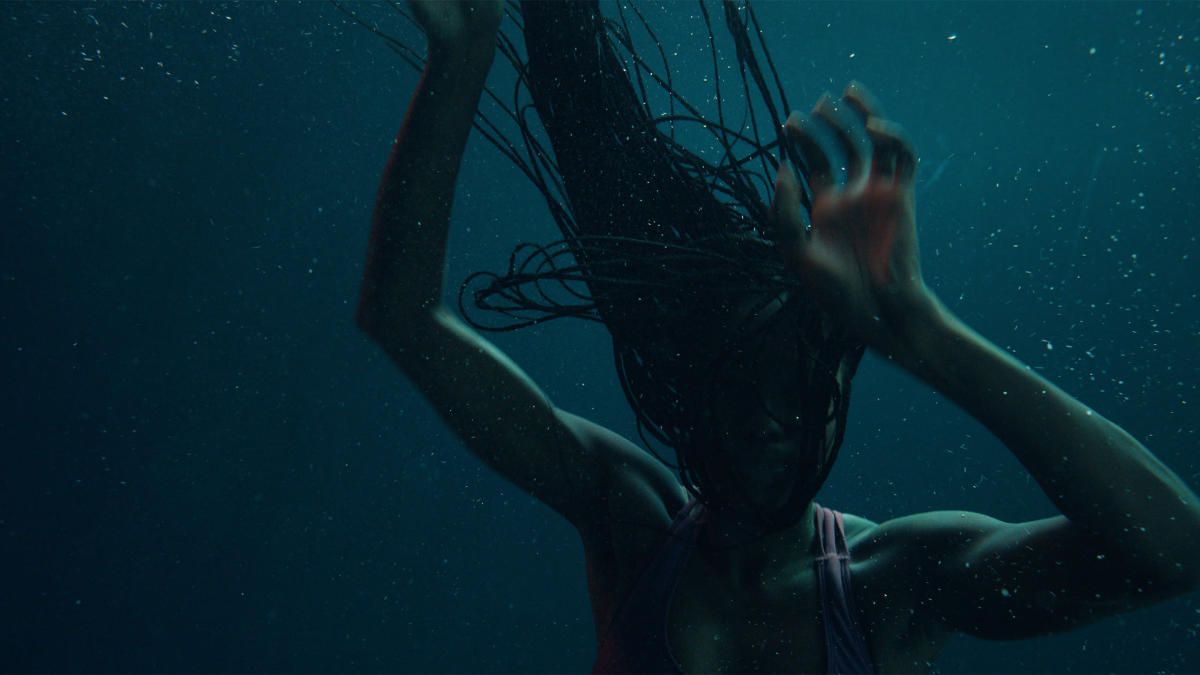 Ghosts are everywhere in Nikyatu Jusu’s atmospheric debut feature, “Nanny,” though few of them look like what we’ve come to expect from decades of horror movies. Sometimes it’s just a feeling, a particular gust of wind. Sometimes it’s a photograph. Sometimes it’s a story. And, sometimes, just sometimes, it’s a whole person, looking from beyond, well, somewhere. There’s a sickening energy to it right from the start, one that made its dedication to showcasing a full-spectrum leading woman all the more unsettling (your usual last girl, she’s not) caught in a surprising environment.

Aisha (Anna Diop) is a Senegalese immigrant who arrived in New York with her own American dream, but really shouldn’t feel so out of reach: she just wants her adorable young son Lamine, who is back in Senegal. , join her. When she gets a new job as a nanny for an affluent couple with a cute child (Rose Decker), the steady paycheck seems destined to put Aisha and Lamine on the right track. But the real cost is one that Aisha never saw coming.

Despite Aisha’s happiness for the new gig, something has gone wrong from the start. On the morning of her first day, a sleeping Aisha is plunged into a bewildering nightmare – one of many key scenes that involve water, both dreamed and real, often heightened by a rich palette of green and blue colors – and even waking up to realize, no, she wasn’t actually drowning doesn’t add much relief. Cinematographer Rina Yang’s camera locks Aisha in and places her in the distance; When she first arrives at the apartment of Amy (a creepy Michelle Monaghan) and Adam (Morgan Spector), Aisha can’t shake the feeling that she’s being watched, and she is, as we both watch her in an elevator and through the surveillance camera following her. But this claustrophobia doesn’t subside when he arrives at the large apartment, Aisha and Amy turning from afar. When they get close, it’s hardly comforting.

But the kid is cute and the pay is good, if only Amy could remember how much she promised Aisha for her day job and any special requests. (East Amy, snappy and spatial and touchy, really so forgetful? Or is it just another of the many microaggressions Jusu deftly accumulates over the course of the film?) Monaghan is unnerving as Amy, a seemingly successful professional falling apart at home, a stranger to her daughter, someone one who treats her creepy husband like the king of the castle while lamenting the current state of feminism.

Things only get worse when Adam, a photographer who seems to have a real fondness for chronicling the unrest, war, racism and pain in his work, returns home. Amy and Adam’s marriage is clearly not working out, and while Aisha tries her best to ignore it, the pair soon take pleasure in playing their cautious and smart nanny against each other. All of this would be bad enough – plus Aisha’s constant need to ask for her salary, which is often incorrect, or Adam’s persistent stares – but as Jusu slowly builds up the tension, it’s obvious that something is right. more sinister hides inside the walls of their cold. , massive apartment. Outside, things are weird too, as Aisha struggles to reach Lamine and continues to “see” him around town.

While Bartek Gliniak and Tanerélle’s score is a lot of traditional “horror film“! work – lots of strings, lots of ominous tones – Jusu chooses to turn his attention to the more uplifting elements of Aisha’s life, including a budding romance with Malik, Amy and Adam’s building doorman ( a lovely Sinqua Walls). It’s also Malik who introduces her to her clairvoyant grandmother Kathleen (Leslie Uggams), who seems to see many others can’t (or won’t). Too often, however, this includes Jusu, whose interest in showing the full gamut of Aisha’s life feels like a misdirection to the meat of the movie. (Related: Aisha and Malik’s relationship might lower the film’s tension, but it also shows Jusu’s chops as a romantic director, these two have warmth, and she directs everything beautifully.)

Still, Jusu’s desire to dig into Aisha outside of all that’s going on with Amy and Adam (and the many things they represent), provides Diop with a multi-faceted character to play, as we don’t see often. in traditional horror movies. As Aisha, Diop is given a full meal of a role, and she easily embodies all of the different Aishas we meet over the course of the film. (Jusu said she’s long had her eye on the actress, best known for TV series like “Titans” and “24: Legacy,” and like many of her impulses on display in film, it was the good.)

But which is the real one? Which is the ghost? Jusu’s script, while prone to meandering in its second act, packs a mighty punch as the film heads toward its inevitable conclusion. The rookie filmmaker may be trying to squeeze too many ideas into one sleek package, but that doesn’t dilute the truth of “Nanny”: it’s all haunting.

“Nanny” premiered at the 2022 Sundance Film Festival. It is currently seeking distribution in the United States.