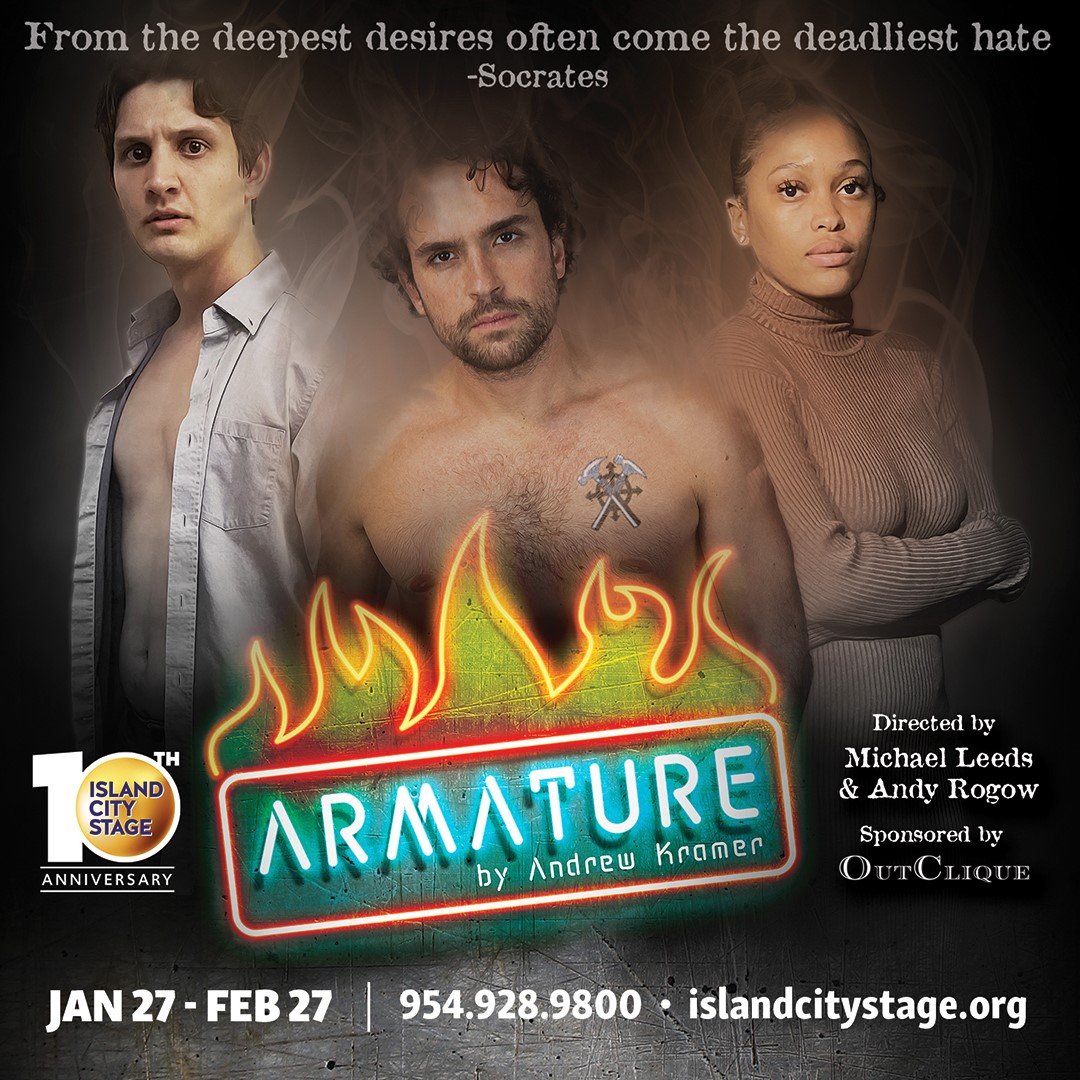 Racism, homophobia and self-hatred are bubbling up through the Island City Stage premiere of Andrew Kramer’s mysterious political thriller, Armature, from January 27 to February 27, 2022. Armature is part of the 10th anniversary season 2021 -22 from the award-winning South Florida theater company.

Directed by Michael Leeds and Andy Rogow, Armature is a searing tale of love, lust and betrayal. A “burn” is the undercurrent of this gripping drama whose rebar is at the epicenter. The play connects the stories of two sexy and troubled gay men and a black family whose matriarch is running for political office.

Candidate Blythe Ames is preparing – with a voice as soft and loud as a song – for the upcoming governor’s election. Her husband Denson should be happier with his political success. Her daughter Monica should stop dyeing her hair. Across town, pop culture blogger Evan meets the sexy stranger Shod at the dark and sordid Armature Bar where Mama serves the drinks – if he manages to avoid the reporters. The lives of these very different people collide as a roaring fire erupts with biblical anger and passion, devouring everything in its path.

Armature is sponsored by OutClique magazine and supported by Our Fund, the SHS Foundation, the Broward County Cultural Council, and the Arts and Culture Division of the Florida Department of State.

Island City Stage’s 10th anniversary season 2021-22 kicked off with Tom Jacobson’s The Twentieth Century Way in October. Upcoming productions include Tennessee Williams’ Suddenly Last Summer from March 17 to April 17, 2022; The mystery of Irma Vep by Charles Ludlam from June 9 to July 10, 2022 and One In Two by Donja R. Love from August 4 to September 4, 2022.

Island City Stage is located at 2304 N. Dixie Highway in Wilton Manors. Tickets start at $ 35 per show. Season subscribers can save with a $ 150 Flexpass for all five productions (a savings of $ 25 on individually priced tickets plus no handling fees) and receive $ 5 off additional tickets purchased. Other discounts are available for groups.

For more information and tickets, please visit islandcitystage.org, call (954) 928-9800 or email [email protected] Follow Island City Stage on Facebook at facebook.com/IslandCityStageFL and on Instagram at @ islandcitystage1.