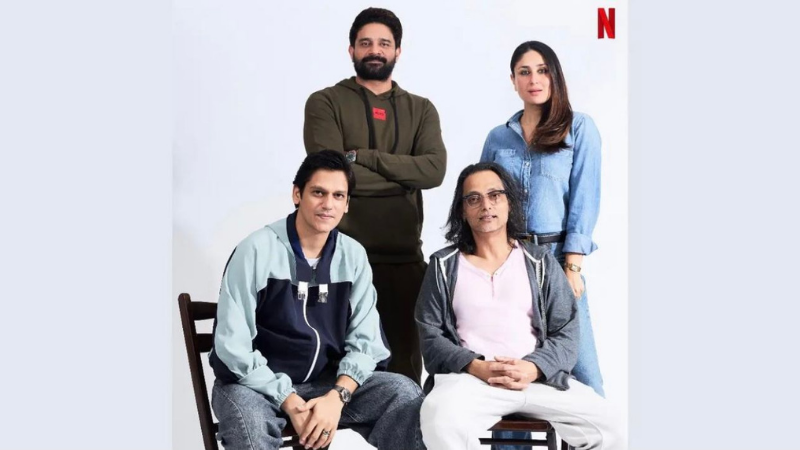 More and more Bollywood actors seem to be moving towards digital streaming apps – recently Shah Rukh Khan announced the launch of her own OTT app SRK+ and now Kareena Kapoor has revealed she is making her digital debut with Indian director Sujoy Ghosh’s Netflix murder mystery film. The film is a screen adaptation of the Japanese novel The devotion of suspect X by Keigo Higashino.

“And so it begins…12th Street Entertainment & Northern Lights Films in association with Boundscript and Kross Pictures present a Netflix Original directed by Sujoy Ghosh,” Kapoor said on his Instagram post announcing the news. It included candid video of Kapoor arriving at a table, reading and singing a song, keeping it light. She also attached snaps with three other cast members from the post.

Untitled at this time, the murder mystery will also feature Jaideep Ahlawat and Vijay Varma in key roles. Speaking about the film, Ghosh said in a statement: “Devotion is probably the best love story I’ve ever read, and having the chance to make it into a movie is such an honor. Also, I have the chance to work with Kareena, Jaideep and Vijay!!! What more can you ask for!!”

“Our members love engaging in new thrillers – whether it’s for the suspense, the twists or the unexpected of what happens next. Thrillers are an integral part of our catalog of Indian films and we look forward to bringing our members our adaptation of the bestseller The devotion of suspect X“, said Pratiksha Rao, Director of Movies and Licensing at Netflix India in a statement.

“I can’t wait to start working on this exciting project. It’s one that has all the right ingredients…a great story, a visionary director and a super talented cast and crew,” said The Jab we met the actor commented on the project.