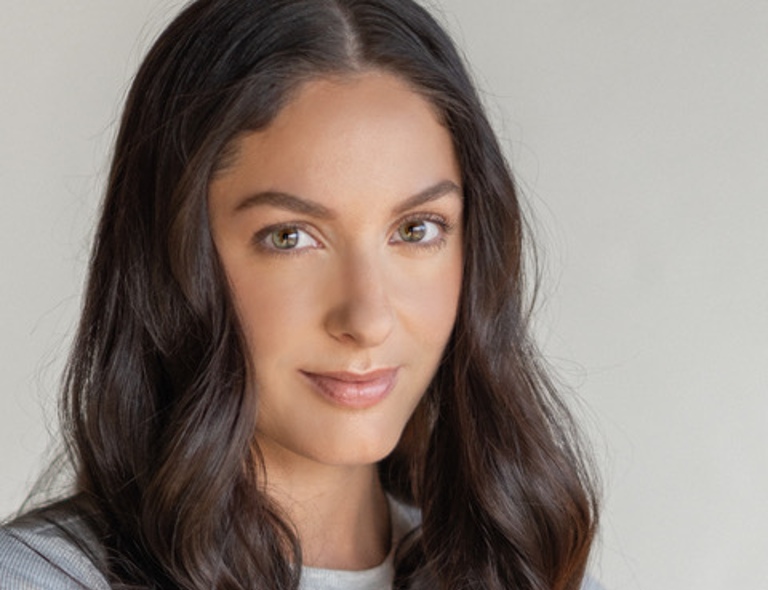 She is known for her acting work in “Ad Astra”, “Bliss” and “Rogue Warfare”. “Hex” will be released on VOD, digital and DVD on August 16.

In the movie “Hex”, six thrill seekers experience more excitement than they can handle in this intense and heart-pounding tale of action and horror. The loner Sarah portrayed by Kayla Adams joins a team of skydivers to help them perform a dangerous formation jump called “The Hex”, ignoring warnings that the act could be cursed.

While pulling off the stunt, one of the jumpers disappears into thin air. Later, as the survivors search for him, surreal and deadly events plague each of them in turn – but will Sarah also succumb to The Hex’s wrath?

Being part of ‘Hex’, she remarked, ‘It was so much fun. It was challenging but fun to learn all about skydiving. I did a few landing scenes and there were so many technical details involved that I was grateful to be surrounded by so many pros who made me look good. It was a positive challenge, that’s for sure.

The trailer for “Hex” can be seen below.

“I want fans to enjoy the thrill and the skydiving elements,” she said of “Hex.”

Adams noted that “Ad Astra” was an “incredible” experience for her. “James Gray is awesome, he’s such a talented director. It was truly an honor to work with him and to meet him,” she said. “Obviously Brad Pitt is an icon, I grew up watching and idolizing his work. I spent a few days on the set and soaked it as much as possible. I always seem to gravitate towards the physical and challenging roles, which is where I seem to land.

She also appeared as an academic opposite Salma Hayek and Owen Wilson in writer/director Mike Cahill’s sci-fi drama and in “Rogue Warfare” opposite Saban Films’ Stephen Lang.

After successful commercial work, her first television break was “The Actor Diaries”, a show business television series in which she won the role of a sarcastic young actress caught up in the complexity of the audition process.

One of her earliest film roles was as Kelly the waitress opposite Ryan Reynolds in “Deadpool” and additional credits include the TV movie “Night Of The Wild” and the movie “You Are Here”.

As an actress in the digital age, she said, “The most fascinating thing right now is managing everything on Zoom. It’s harder for the auditions because you don’t go to a room anymore. There are pros and cons. »

“I miss the real interactive element of our auditions. That’s where we’re at, so it doesn’t look like it’s going to come back the other way,” she added.

For young and aspiring actors, she encouraged them to “have persistence,” because that’s key. Allow yourself to be weak if you have a moment of depression and pull yourself together. Keep your eye on the needle, not the haystack. Stay persistent and keep putting love into your work.

Regarding the title of the current chapter of his life, Adams replied, “Rebirth”.

If she had to have a super power, she revealed it would be teleportation.

She defined the word success as having peace in her heart, joy in the minutes and seconds of the day, the satisfaction of having a chosen family and a real family, as well as health and gratitude.