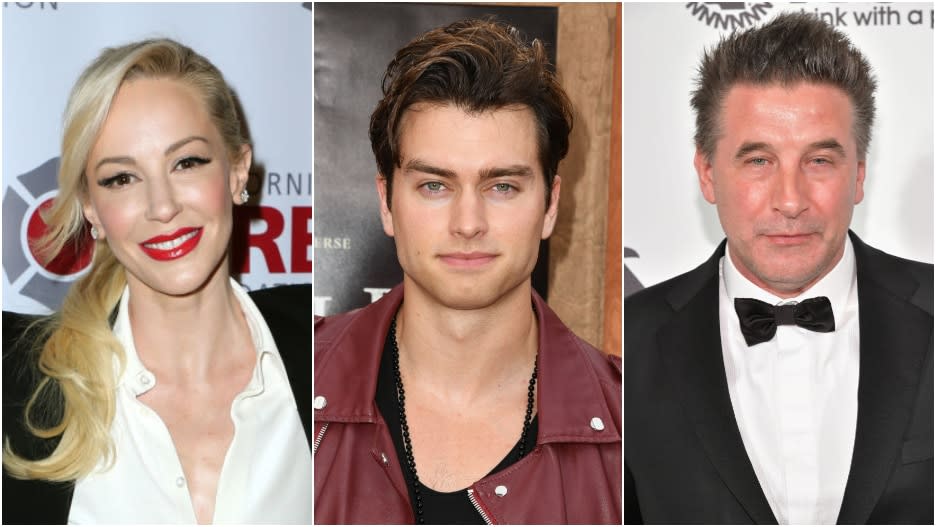 Louise Linton, Pierson Fodé and William Baldwin to star in Murder Mystery ‘Out of Hand’ (Exclusive)

Actress Louise Linton has found her next movie role, a murder mystery film titled “Out of Hand”.

Linton, who recently starred in her directorial debut “Me You Madness” and is married to former US Treasury Secretary Steven Mnuchin, will star in “Out of Hand” alongside Pierson Fodé (“Man From Toronto”) and William Baldwin.

“Out of Hand” is about a woman at the center of a thriller about passion, manipulation and deception, and is described as being in the vein of “Basic Instinct” meets “Cape Fear”. The film tells the story of a professor of literature and psychology at Berkeley, Dr. Valerie Cross (Louise Linton), and his oppressive lover, David (Pierson Fode), who become suspects in the vicious murder of one of his students. .

Toric Films production partners Ojan Missaghi and David Wachs produce “Out of Hand”. The executive producers of the film are Gurpreet Chandhoke and Dr Donald Basile.

Louise Linton is known for films such as “Cabin Fever”, “Intruder” and “Scavengers”, and she will then appear in “Serial Daters Anonymous” in 2022. Her film “me you madness”, A comedy she wrote, directed and performed alongside Ed Westwick, was released by STX in February 2021 and will air on Peacock later this month.

Pierson Fode is known for playing Thomas Forrester in “The Bold and the Beautiful” and was twice nominated for the Daytime Emmy Awards for his work on the soap opera. He will then be seen in Kevin Hart and Woody Harrelson’s film “Man From Toronto”.

William Baldwin is best known for “Backdraft” and recently starred in “The Rebels of PT-218” and the upcoming family drama “Dakota”.

New trailer for Thai-Korean horror film “The Medium”, from the directors of “The Wailing” and “Shutter”