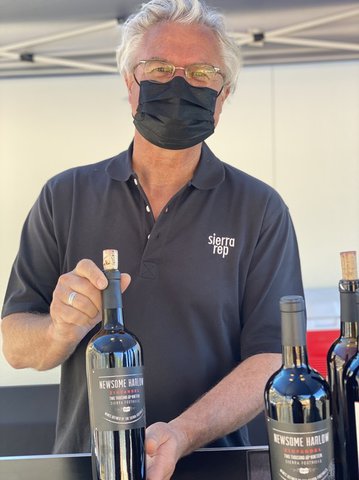 Agatha Christie’s “Murder On The Orient Express” is on stage and will be performed until Sunday, November 28 at the East Sonora location of the Sierra Repertory Theater, 13891 Mono Way.

Just after midnight, a snowdrift stopped the Orient Express in its tracks. The luxury train is packed, but in the morning there is one passenger less. Isolated, with a runaway killer, Detective Hercule Poirot must identify the murderer before he decides to strike again. Ken Ludwig’s clever adaptation of Agatha Christie’s murder on the Orient Express has all the glamor, intrigue and suspense of the famous Dame Agatha novel, with a good dose of humor to pick up the pace.

Performances take place Wednesday through Sunday, but there is no performance on Thursday, November 25, Thanksgiving Day.

Participants are encouraged to come early to take advantage of the Sidecar Bar; now serves wine, beer, cider and soft drinks at this new outdoor bar before the show and during intermission.

Plus, premieres begin Thursday, November 18 for the perfect holiday show, performed at the Fallon House Theater in Columbia State Historic Park. Meet Me In St. Louis: A Live Radio Play is scheduled from November 18 to December 19, show days and times vary.

That beloved American holiday classic takes on a fascinating life in the form of a live 1940s radio show. With the help of an ensemble that features a few dozen characters, the Smith family story unfolds just before the World’s Fair of 1904 does not capture the imagination of St Louis and the nation. Meet me in Saint-Louis: a live radio play is directed and choreographed by SRT Artistic Director Scott Viets and features the film’s most beloved songs: â€œThe Boy Next Doorâ€, â€œThe Trolley Songâ€ and â€œHave Yourself a Merry Little Christmasâ€.

7 Must-See Thrillers on Disney Plus