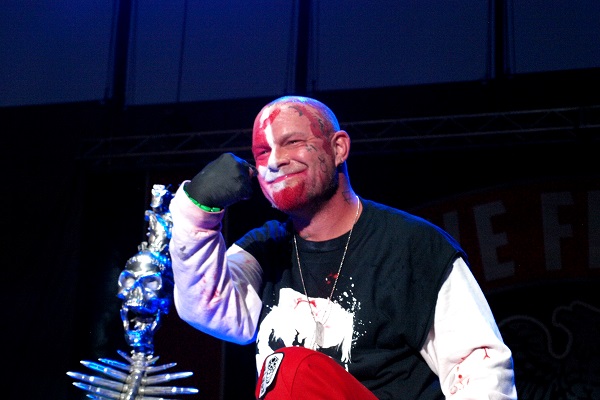 Watch the official trailer for ‘The Retaliators,’ a new horror flick featuring a host of rock and metal musicians

Members of Five Finger Death Punch along with Motley Crue’s Tommy Lee and Papa Roach’s Jacoby Shaddix have been tapped to appear in a new horror movie, and that movie just dropped its official trailer on Wednesday, July 13.

The film, titled “The Retaliators”, has been toughened up by the three groups’ label and management company, Better Noise, which is beginning to produce films. It also features members of The Hu, Ice Nine Kills, Escape The Fate and more. Watch the exciting new trailer below.

Five Finger Death Punch lead singer Ivan Moody plays Vic Kady on the show, described as “the vice president of an armed motorcycle club who will stop at nothing to find his missing brother, Ram.” Shaddix plays Quinn Brady, “a dastardly convict who breaks out of jail and goes after the cop who shot him. This sets off a macabre chain of events.

“The Retaliators” is a long time coming. Two years ago, the film was announced as Shaddix’s acting debut. Most recently, in May, Five Finger Death Punch used footage from the film in their “Darkness Settles In” video. The film will debut on September 16.

About the story, the film’s official synopsis states, “An honest pastor uncovers a dark and twisted underworld as he searches for answers regarding the brutal murder of his daughter. A high-octane original soundtrack and cameos from some of rock music’s biggest names set the tone as this horror-thriller reveals a game of revenge played by a new set of rules.

“Music and film create powerful emotional connections with audiences that go even deeper when combined with social media, radio and touring,” said Allen Kovac, founder and CEO of Better Noise, in a statement. communicated. “As Rocket Man, Bohemian Rhapsody and The Dirt show, social media, music streaming, radio and touring further strengthen these connections, increasing music consumption three to five times which, in turn, leads back to movies and to video. ”

Why CLUE is the perfect mystery