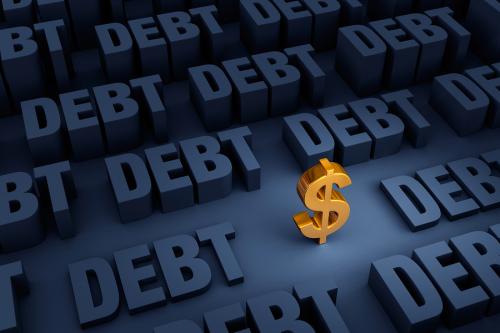 Economic sanctions against Russia following the invasion of Ukraine have had a broad impact on the global economy and raised the question of whether Russia will be able to meet its obligations on foreign currency denominated bonds . If Russia defaults on its bonds, credit default swaps intended to protect investors from a Russian default may not work as expected due to these sanctions.

At the end of last year, Russia had $40 billion in foreign currency sovereign debt, half of which is owed to foreign investors. While US sanctions allow Russia to continue paying down its debt until at least the end of May 2022, Russian restrictions on allowing foreign exchange transactions could force a default on bonds that do not allow payment in rubles. On Monday, April 4, 2022, the US Treasury banned US banks from processing payments on Russian bonds, increasing the risk of default.

Will credit default swaps be triggered if Russia fails to meet the terms of its obligations?

Russia’s decision in March to pay some of its foreign debtors in rubles could have triggered a credit event. ISDA’s Credit Derivatives Determinations Committee (the “DC”) applies market-standard credit derivative terms to specific cases and determines on a factual basis whether a credit event or other events under of a credit default swap occurred and other issues. The DC determined that the payment of the obligations in rubles, when it is not the original currency of denomination of the debt, would not constitute a credit event when the underlying debt allows payment in rubles . However, some of Russia’s bonds do not provide for payment in rubles. A failure by Russia to make a payment in accordance with the terms of the bonds (whether by failing to make a payment entirely or by making a payment in rubles when the terms of the debt do not allow it) would most likely constitute a credit event, triggering credit default swaps referencing Russian debt.

So far, Russia has avoided defaulting on its foreign currency debt, making $732 million in coupon payments on US dollar-denominated bonds in March 2022. Russia owed about $2 billion on a bond maturing on Monday, April 4. 2022, and still owes $84 million in interest payments on a second bond. Recent U.S. Treasury restrictions on U.S. banks handling Russian government debt effectively blocked payment of both bonds. A failure by the Russian government to find another way to make payments within the thirty-day grace period provided for in the bonds would likely constitute a default under the bonds and trigger a credit event under credit default swaps referring to Russian sovereign debt.

What debt will be “deliverable” under credit default swaps?

Settlement of a credit default swap requires the delivery (for physical settlement) or pricing (for cash settlement) of debt that meets certain characteristics, including non-domestic currency (i.e. i.e., payable in a currency other than ruble), non-domestic law (i.e. governed by non-Russian law) and No domestic issue (i.e. not primarily issued in the Russian market). In addition, the bond must be payable in a G-7 currency and transferable to institutional investors without contractual or regulatory restrictions. The DC has determined that non-ruble-denominated debt that allows for payment in rubles will not meet the non-domestic currency test and therefore will not be “deliverable” for settlement under credit default swaps. Similarly, if the Russian government decides to make a ruble payment on G-7 denominated debt, that debt may no longer be considered “deliverable”. Additionally, on March 25, 2022, the ISDA published “Additional Provisions for Certain Russian Entities: Excluded Obligations and Excluded Deliverable Obligations(the “Protocol”) which contains new terms that may be added to existing or new credit derivative transactions. The new terms of the protocol provide that a default on certain Russian sovereign debt (“restricted debt”) will not trigger a credit event under credit default swap transactions and will exclude that debt from the definition “deliverable” obligations. In an FAQ published in conjunction with the release of the protocol, ISDA noted that it would be impractical to hold a settlement auction referencing restricted debt.

Will the sanctions interfere with the settlement of credit default swaps?