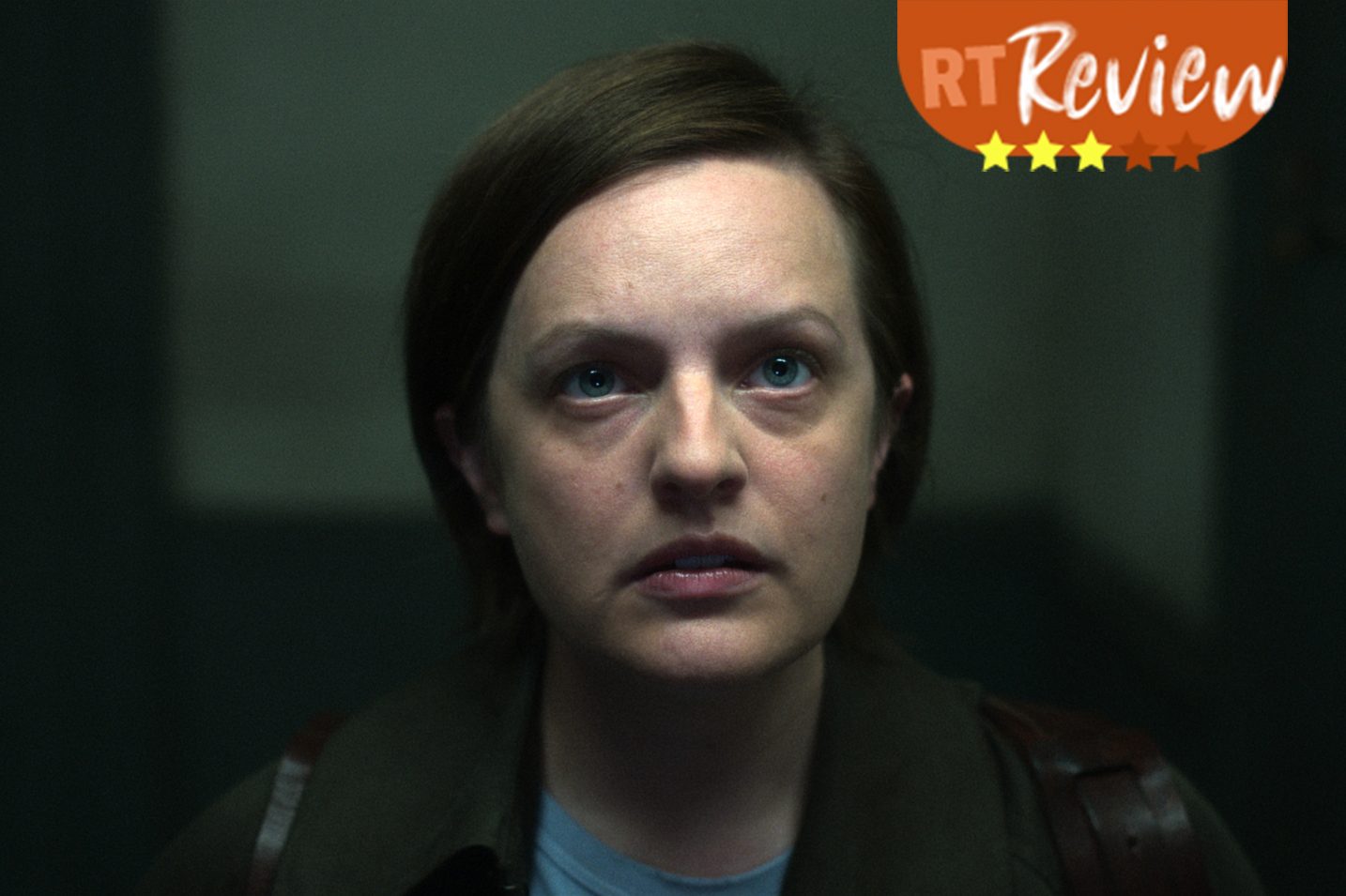 The problem is that even talking about it could be considered a spoiler. So I’m going to say up top, if you want to go into The Shining Girls completely cold, if you don’t know anything about the book it’s based on or how the story is going, look away now. This review won’t spoil any specific character or plot beats, but it will outline a central feature of the series and the novel it’s based on.

So…Harper Curtis, an obsessive and selfish man from the early 1900s, comes across a house through which he can travel to different times in the future. Using this mechanism, he becomes a time-traveling serial killer, taking the lives of promising, strong, “shining” women.

When Kirby – one of his intended victims and an archivist in 1990s Chicago – survives, his world begins to shift and change as Harper continues to move through time. Kirby then realizes that another recent murder is connected to his attack and teams up with his friend, a reporter named Dan, to uncover the truth.

As an elevator pitch, I’d say it’s hard to beat – it’s a really thrilling setup, the kind that immediately makes you want to dive in. But that’s not the pitch we were given. The series’ official synopsis states, “Years after a brutal attack leaves her in an ever-changing reality, Kirby Mazrachi learns that a recent murder is connected to her assault. She teams up with veteran journalist Dan Velazquez to understand his ever-changing present and confront his past.”

Confused, right? Pretty vague? Unfortunately, this is a problem that goes beyond marketing.

While the blurb of the novel the show is based on tells us about Harper’s backstory and the time travel plot, the show refuses to reveal his hand. We see Jamie Bell’s character in the past in the first scene of the show, so we know he’s a man out of time, but it takes the majority of the season to see things from his point of view and to understand how and why he committed his heinous crime. crimes.

That means the show instead becomes a mystery thriller, a “how-dunnit” as Bell, who plays Harper, said in an interview with RadioTimes.com. We know it’s Harper – we’re (perhaps) not supposed to know how he does it.

But Shining Girls is an Apple TV+ series. It’s not like stumbling across a new series on ITV while browsing the channels – to watch it, you’ve probably researched it, and if you’re looking for it, you’ve probably at least looked at the plot details. It’s based on an acclaimed book, but the adaptation acts as if the whole concept of this book is a big secret.

It’s a bizarre decision, because as an audience member who knows even the vaguest details about it, you spend episode after episode waiting for the shoe to drop, for the characters to realize, and for the show itself- even admits its most interesting plot. device to its audience.

The actors are all in play, and the decision to focus on Elisabeth’s Moss’ Kirby over Bell’s Harper is admirable from a social standpoint, highlighting the victims rather than the aggressors, but there’s no denying that the latter is a more engaging screen presence.

Moss gives a solid performance, but it’s one we’ve seen before, most recently in The Invisible Man – traumatized and going through something no one else could believe or understand, which makes her experience all the more alienating. It’s an apt allegory for the experience of trauma itself, but playing across eight episodes, its impact is less than it was in the aforementioned horror movie.

Bell, on the other hand, is truly revealing, bringing a slightly charming but very unnerving presence to every scene, ensuring you can’t look away. Harper is a villain for the ages, someone we can relate to and relate to, but still hate.

Once the series shows its hand, it allows the audience to discover its “secret”, it does so in its strongest episode, and the rest of the series benefits considerably from the revelation. It picks up the pace and gains clarity, focusing on its thriller and sci-fi elements that work so much better than its mystery. It’s just a little late.

That’s not to say the early episodes aren’t without merit or promise. In fact, he’s never too far from greatness. The direction of Michelle MacLaren, Daina Reid, and Moss herself is strong, the show is gorgeous, and Wagner Moura and Phillipa Soo give phenomenal and moving performances in their supporting roles.

Meanwhile, the changing world is handled in a subtle, surprisingly non-invasive yet effective way, and the era of journalism of the 90s is lovingly recreated. This world feels lived in and tactile in a way that so many series don’t.

All of these positives are exactly why it’s so infuriating that the series took such a crucial misstep in its structure. In the age of streaming, where spoilers abound and audiences seek out information about the shows they watch, especially mystery thrillers, you have to assume they will have done basic searches as they googled the book.

Non-linear storytelling has always been easier to pull off in novels than in movies or shows, and Shining Girls unfortunately struggles to get it right. It mostly sticks on the landing, but it’s a bumpy and sometimes frustrating road before this series can really shine.

Shining Girls airs Friday, April 29, 2022. Subscribe to Apple TV Plus now. Visit our Drama hub for more news, interviews and features, or find something to watch now with our TV guide.

The latest issue of Radio Times is on sale now – subscribe now to get every issue delivered to your door. For more on TV’s biggest stars,listen to the Radio Times podcast with Jane Garvey.

A supernatural horror movie will premiere exclusively on Shudder

Can you negotiate a student loan repayment?