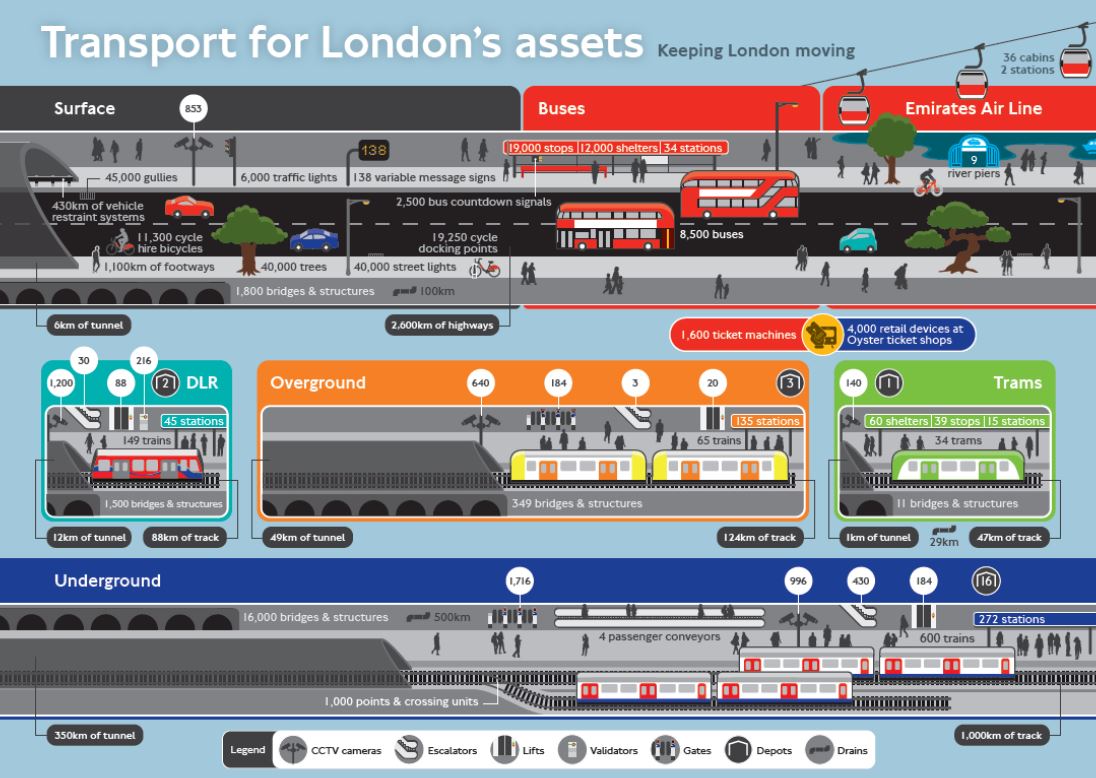 Debt ratings agency Moody’s has downgraded TfL’s debt ratings, with Moody’s citing weaker economic growth and higher inflation which are hampering a resumption of passenger growth. The implication is that, as ratings are used by banks and lenders to judge a company’s likelihood of repaying debt, lower ratings generally lead to higher costs, as lenders charge companies with a higher higher risk of not being able to repay their loans. .

Moody’s said the downgrade was due to its view that TfL’s operating performance will be weaker than expected due to new headwinds, namely weaker economic growth and higher inflation, hampering the resumption of passenger growth. .

TfL is still in talks with the Department for Transport over a funding deal which has been in the works since the pandemic wiped out most of TfL’s revenue. The current funding regulation expires on June 24, 2022.

Under the current funding settlement, TfL must identify £400m of cost savings or additional revenue in financial year 2023. Although the opening of the Elizabeth line in a few weeks, as well as the The Ultra Low Emission Zone (ULEZ) expansion will generate around £500-750m a year from FY2023, which still leaves a gap of around £1bn for the year. Moody’s warns that TfL may need an additional operating grant to balance its budget for the financial year 2024 given the tougher operating environment.

TfL is exceptionally dependent on fare revenue for its revenue compared to most other major city public transport systems, where the benefits to society are generally seen as worthy of central government funding.

Although passenger numbers have increased significantly since pandemic lows, with the most recent data reporting ridership across TfL at 72% of pre-pandemic numbers. Moody’s does not expect ridership to exceed 80% by FY24. Moody’s estimate for FY23 passenger revenue is £4.3bn, down £400m compared to last year’s forecast of £4.7bn.

High inflation also presents downside risks to this forecast if it increases the sensitivity of passenger demand to TfL prices. The link to inflation could see a substantial increase in fares next year, as the calculation is based on inflation in July, and this is expected to be between 7% and 9% next July – leading to a possible hike 10% off the rates next year.

This could see TfL’s footfall plummet as people cut back on discretionary spending, which is bad for TfL but also likely to have ripple effects on London’s wider cultural venues as they could see a decline in the number of people wanting to travel to the West End.

And that puts even more pressure on TfL to cut costs or raise fares to pay off its debt.

A spokesman for Transport for London (TfL) said: “Moody’s decision to change our long-term rating by one notch, as well as to raise our outlook to ‘stable’ reflects a number of factors including the fears that operating performance will be weaker than expected due to weaker economic growth and higher inflation, as well as continued uncertainty surrounding TfL’s long-term funding framework, in particular for capital funding.

“We continue to rebuild ridership on all of our services – with the metro now seeing more than two-thirds of weekday ridership compared to pre-pandemic levels and buses consistently accounting for 75-80% of pre-pandemic levels. With the upcoming opening of the Elizabeth Line, the completion of the capacity upgrade at Bank Station and the delivery of more UK-built zero-emission buses across the city, public transport will continue to make a vital contribution to the economic recovery of London and the rest of the world. country. To ensure the success of this recovery, it is crucial that a longer-term settlement with the government is confirmed. Our discussions with the government on this subject are continuing.

Updated at 9.47am to add quote from TfL spokesperson.