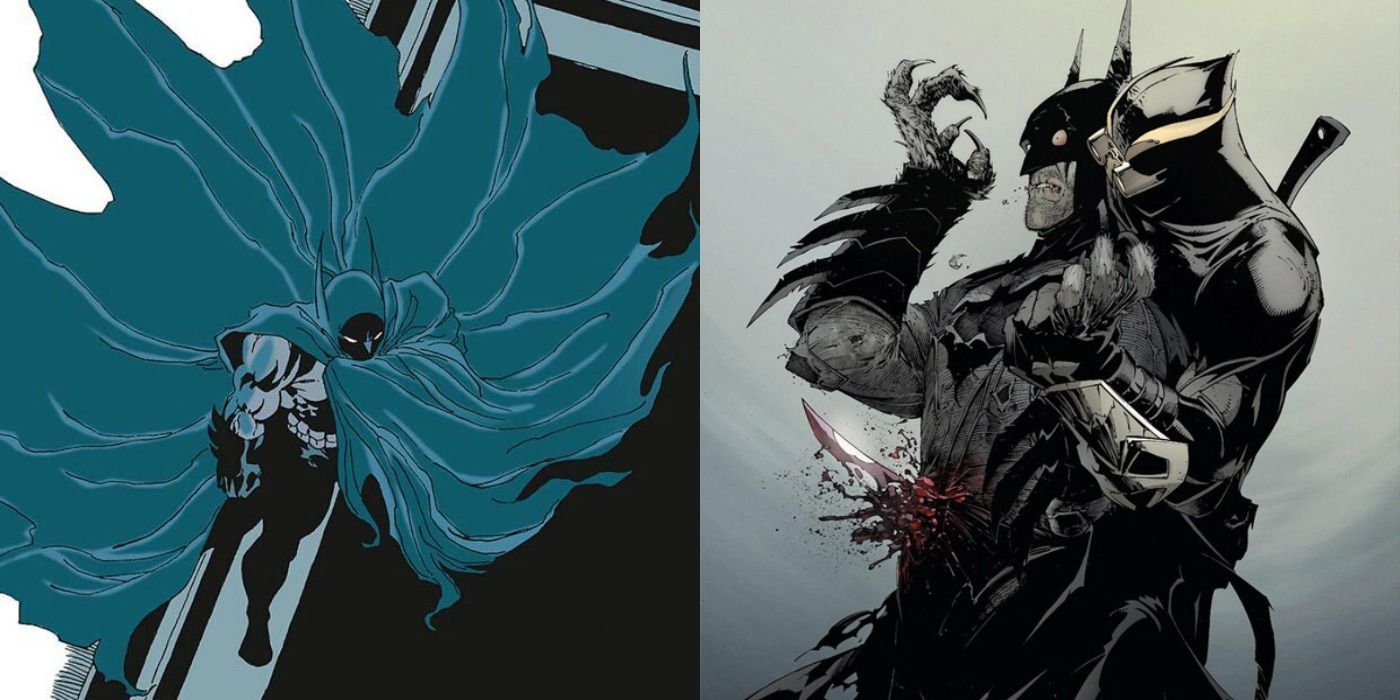 As DC’s resident, the world’s greatest detective, Batman has had to deal with numerous criminal cases over his vast comic book history. One of the superhero’s strongest assets is how he applies his genius sleuthing intellect, but that seems to be an underrated part of his character. Live-action movies – at least until Matt Reeves The Batman out in a few weeks – tends to overshadow that aspect of the Dark Knight, but some of its biggest stories come from dark thrillers.

Revered classics like The Long Halloween makes this narrative style key, as well as modern fan favorites like the famous The Court of Owls story arc. Each of these cases tested Batman’s mettle in different ways, resulting in memorable stories celebrated among fans today.

The Holiday Killer (The Long Halloween)

In what is commonly considered the best Batman comic, The Long Halloween forces detective Dark Knight to tackle a gruesome murder case that drags on for a harrowing year. A mysterious killer dubbed by the Gotham City Police Department as the “Holiday Killer” targets various members of the city’s underworld, forcing a gang war to break out between the Falcone family and their rivals.

The killer commits his murders during the holidays, this case perfectly encapsulating an old-school noir crime atmosphere. Like the upcoming Robert Pattinson iteration The Batman, The Long Halloween features a Dark Knight in his second year of work. While it’s true that there are a few plot holes, the violent affair ends ambiguously. Either Alberto Falcone, Harvey Dent or Gilda Dent may have been the killer – or the killers.

Although a bit of an underrated Batman comic compared to its predecessor, dark victory is still an exciting and worthy sequel The Long Halloween. Several months after Alberto Falcone was apprehended as a holiday killer, a kind of copycat has emerged and is being called the “hangman”. This serial killer specifically targets members of the GCPD, and the order and background of the victims has a connection to the horrific events of last year’s case.

Continuing the period of Batman crushing organized crime as Gotham City’s greatest scourge before the “rise of the monsters”, the backdrop to this plot is another turf war. This time it’s between the growing prominence of Two-Face and the skeleton Falcone crew led by the late Carmine’s daughter, Sofia. Now, with a once-great friend turned into one of Batman’s greatest villains, all of the emotional plot pieces intertwine for gripping crime drama.

The Return of James Gordon Jr. (The Black Mirror)

Just before DC launched its New 52 initiative, Scott Snyder also wrote the final Batman story arc in Detective comics. It’s more easily overlooked compared to other stories, but The black mirror put Dick Grayson in the cape and cowl for a great modern Batman story. The former Robin – and Nightwing – temporarily takes over from Bruce and faces a relentless barrage of grim cases.

RELATED: 10 Ways Every Dark Knight Trilogy Movie Was The Best

Gotham City seems to get worse under the eyes of the new Batman and Commissioner Gordon, with a bizarre, ghoulish auctioneer leading an underground cult, a mysterious child serial killer, and more. But what makes matters more unsettling is that the commissioner’s mentally disturbed son and Barbara’s brother return to Gotham, seemingly trying to make amends, but appearing to be involved in some of the city’s dark degradation.

The new 52 gave comic book fans one of the best writing Batman has been shooting for the past two decades, and creative duo Scott Snyder and Greg Capullo showcased the best new hero villains of the 21st century. This rebooted continuity presents Bruce Wayne and Gotham City with an old piece of urban legend and conspiracy that a sadistic Illuminati-like organization has ruled the city from the shadows since colonial times.

Of course, as the world’s greatest detective who knows the city inside out, Batman refuses to believe it. That is until the Court of Owls made itself violently obvious to the Dark Knight. The Court simply allowed Batman to exist, but once Bruce Wayne begins to get overambitious in his philanthropic efforts to cure Gotham’s systematic disease, it forces his hand. It was a brilliant premise and story, as it completely flipped the conventions of the lore: the Batman doesn’t know his city as well as he thinks he does.

Loeb returned for another mystery thriller in 2002, this time teaming up with artist (and current DC Comics CCO) Jim Lee. silence doesn’t live up to the aforementioned series, but it easily became one of the best Batman comic arcs of the 2000s and a modern classic. This story takes the brooding hero on a wild goose chase as a shadowy villain appears to be pulling the strings behind a series of heinous events for the Caped Crusader.

Old traumas are unearthed, seemingly to boost Batman’s psyche while rejoicing that Hush knows who the vigilante is. The case turns into a globe-trotting mystery featuring an all-star cast of the Bat Family and DC characters. And the longer the story unfolds, the more paranoid Bruce Wayne becomes towards almost everyone around him.

DC Somewhere else imprint in the 80s and 90s gave comic book fans some of the most beloved alt-canon stories. Gotham by Gaslight, as its name suggests, features a 19th-century version of Batman set in Victorian-era England. After Bruce Wayne returns from a tour of Europe, Batman and Inspector Gordon find themselves in the middle of a heartbreaking case similar to “Jack the Ripper” in England.

A series of murders against women take Gotham by storm, eventually leading Bruce to be framed as the killer. This take on the Dark Knight was inventive and refreshing, as the writers got more experimental in showing fans a new perspective to view these legacy characters.

NEXT: 6 Exciting Things From The Latest Batman Trailer

Guillermo Kurten is a journalism student at the University of Houston. Originally from Caracas, Venezuela, he now resides in Houston. He is a fan of almost everything related to nerd culture. Video games, comics, movies, television, anime, manga, etc. He also has experience writing about football, especially about German team Bayern Munich.