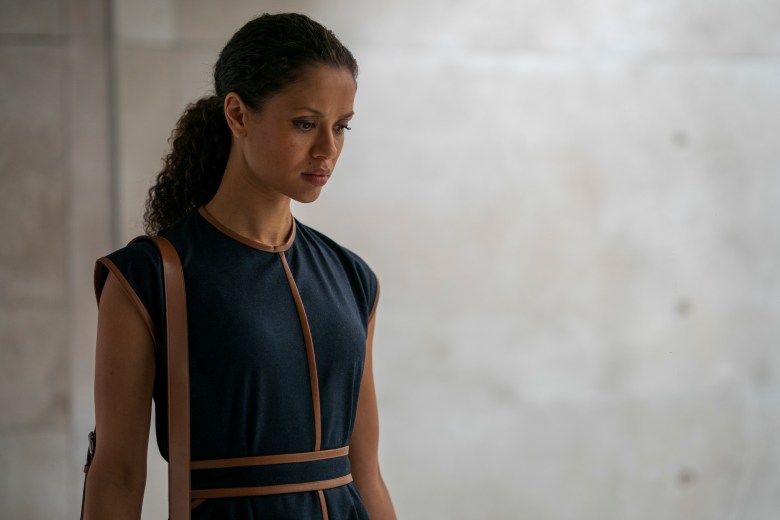 “The Girl Before” doesn’t feel like a conventional thriller. It is his strength.

There’s a sense of familiarity in Lisa Brühlmann’s adaptation of JP Delaney’s “The Girl Before.” It’s possible that this feeling stems from the depth with which he seems inspired by Hitchcock’s features, especially “Vertigo”. Or maybe it’s the way the story weaves between two distinct women who share a lot more in common than they realize. Brühlmann herself has worked on meandering stories of dueling women like “Killing Eve,” and while this HBO Max series never veers into that frenzied territory, it does show “The Girl Before” quadrants hitting hard. This makes for an emotionally complex and engaging four-part series.

As Jane (Gugu Mbatha-Raw) says upon entering the minimalist home designed by brilliant architect Edward Monkford (David Oyelowo), “You feel like you’re waiting for someone.” The house itself has it all: below-market rent, a housekeeper system that would make Siri blush, and a list of rules that includes not bringing personal items. Jane is chosen by Edward to move into the house and once there she discovers the house has a history, including the recent death of a young woman named Emma (Jessica Plummer). The two women not only share a striking resemblance but also past traumas that could be manipulated against them.

The apprehension is immediate, or maybe because whenever someone offers a cheap house in a movie or TV, the correct response is to run away. The series weaves together scenes of Jane and Emma, ​​with Emma’s boyfriend Simon (Ben Hardy) seeing One Folgate Street for the first time. Both Jane and Emma see home as a way to start over: Jane after losing a child and Emma after her apartment is burglarized. There is a jarring disconnect that the viewer has to get used to as it is not immediately clear what is past and present. The Emma and Jane scenes begin as separate scenes, one following the other, eventually becoming spliced ​​together in such a way that the connection between where Emma ends and Jane begins is blurred.

Mbatha-Raw has always been a dynamic on-screen presence and as Jane she creates a lush, layered performance of a woman searching for answers. She tells Edward that she strives to live in the house with integrity, but it’s obvious that it’s just a mask, a stiff upper lip to keep from falling into grief that isolates her. The loss of her daughter caused Jane to chronically wonder if she had done anything wrong. It’s a sentiment shared by Emma, ​​who in the wake of her trauma continues to believe she could have avoided things if she had acted differently.

“The Girl From Before”

You’d think the central narrative of the four-episode series would involve Edward’s home or past, and while those things are present, they’re not what keeps audiences engaged. That honor goes to Mbatha-Raw and Plummer who dig into the depths of feminist history to enhance a narrative of how women are often blamed and held to account for every decision, good or bad, they’ve ever made. . Plummer is especially haunting because so much of her story involves rape culture and how women, especially black women, are ignored by the system if they aren’t seen as helpful.

Every woman has moments to shine, but Plummer’s arc is so heartbreaking that you can’t help being drawn in like Jane. Plummer is an open book, her face expressing all the feelings of longing, fear, and disappointment that Emma goes through throughout the series’ four episodes. She’s bouncy and cheerful, but as the series progresses, it’s easy to see how the cracks were still there. Her relationship with Simon looks cute at first glance, but on a replay, it’s possible to see where issues might arise. As Emma’s world grows more closed watching the anguish on Plummer’s face become uncomfortable due to her reality.

Brühlmann also talks about control, using Emma’s disappearance and inner mystery to examine how men often make women put on a face for them. David Oyelowo feels like the show’s weakest link, if only because he gets the least amount of screen time. He’s a quiet enigma, having designed the house for his wife and child, but, of course, tragedy changed his plans. Oyelowo is charming in his coldness, being outspoken in what he wants from Jane and Emma, ​​but not necessarily offering them much in return. He’s a man to whom a crying woman makes him say, “It’s okay to cry, something about the chemicals in tears.”

He’s the Jimmy Stewart in this Hitchcockian-level thriller, embarking on relationships with Jane and Emma. It’s a sense of repetition that Jane immediately finds suspicious and only galvanizes her desire to examine not necessarily Edward, but Emma specifically. It’s a sneaky twist in the script that Jane isn’t particularly interested in finding out Edward’s story (although she is because of the plot), but feels the need to speak up on behalf of from Emma. The two women can be seen by Edward as the same woman, offering him the same things, but Jane wants to break the circle and illustrate that each woman should have received much more from him, from society, from the world.

“The Girl Before” doesn’t look like a conventional mystery and that’s its strength. It feels like a staged performance, with the character mostly relegated to One Folgate Street. Mbatha-Raw and Plummer are powerhouses in a story that sticks with you because it’s a slice of reality.

“The Girl Before” premieres Thursday, Feb. 10 on HBO Max.

Register: Stay up to date with the latest film and TV news! Sign up for our email newsletters here.