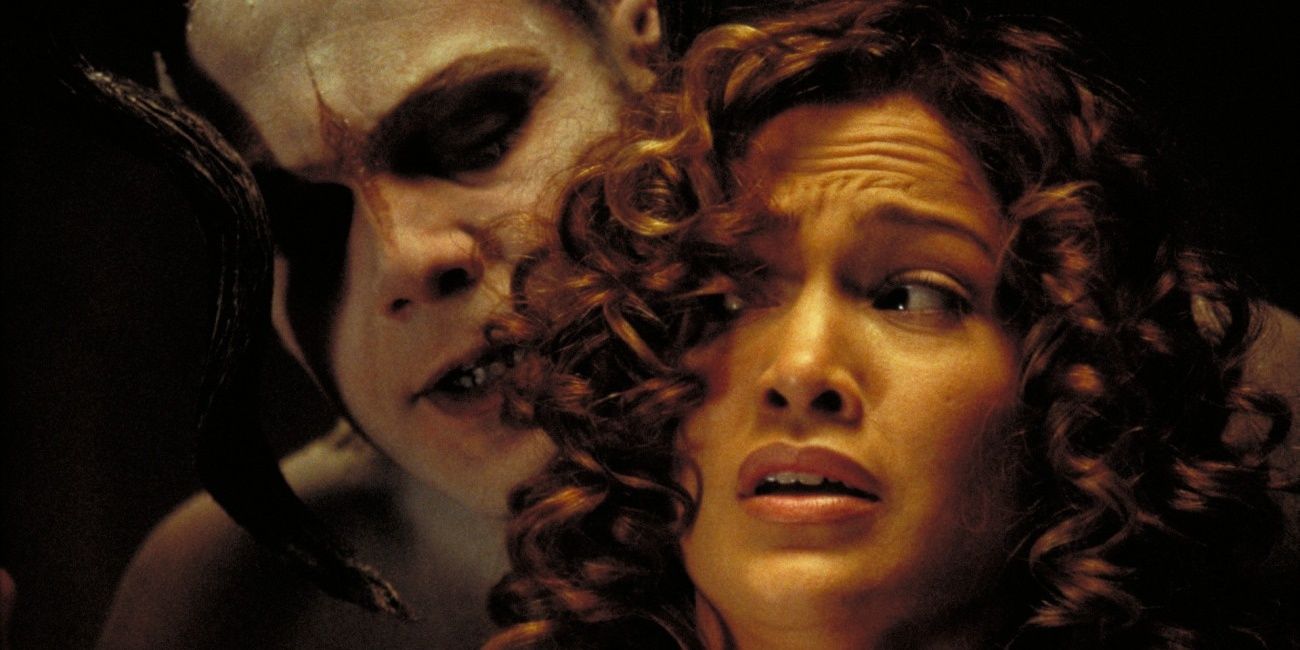 While its history may be lackluster, The Cell packs a punch with its inventive imagery that makes its horror more glorious than gory.

Cinema is a tightrope walk. There needs to be a constant balance between the story and the visuals, making sure one isn’t far behind the other. But, like all rules, there are exceptions. Some movies tell stories so interesting that the visuals take second place and viewers refuse to blink. But other films drown in stunning visuals that become the focus rather than their storylines. 2000 horror film The cell falls into the latter category, with images that more than make up for the film’s sewn-in plot.

Directed by Tarsem Singh, who would go on to direct other visual candy like The fall and Mirror mirror, The cell stars Jennifer Lopez as Catherine Deane. Catherine is a social worker who works with a child in an experimental machine that allows a person to connect their subconscious to someone in a coma. His job clashes with FBI agent Peter Novak (Vince Vaughn) when the serial killer suspects he is hunting falls into a coma similar to that of Catherine’s patient. Together, they must work to get into the killer’s mind and find out the whereabouts of his latest kidnapping victim.

With a plot that’s more of a mishmash of ideas than a cohesive story, the visuals do the heavy lifting for The cell. There are threads for some interesting ideas presented at the start of the film – chasing a killer with a strange method of killing by hand. Thesilenceofthelambs, conversations about what causes people to become murderers, and even the beginnings of a two-character romance – but neither is far enough advanced to be over. What takes precedence instead are the scenes in the mind of a serial killer, a world that Catherine and possibly Peter will have to navigate if they are to save a life.

It is here in a feverish, dreamlike state that the visuals of the film are best highlighted. Before viewers are introduced to the mind of serial killer Carl Stergher, they spend time in the mind of Catherine’s first patient, Edward Baines, a child left in a coma after a sailing accident. Edward’s dream landscape is a beautiful expensive desert. The camera takes its time on miles of sandy hills, creating a calm effect. Catherine wears a flowing white dress that seems to be suspended in the air. It looks more like a painting than a shot in a movie, and a few moments are actually inspired by actual artwork by surreal artists.

When Catherine enters Carl’s mind, the imagery is still beautiful, but in a much darker and more brutal way. Director Tarsem Singh is able to create shots that remain spectacular while portraying violence and horror in all its forms. It doesn’t take long for Catherine to realize that something is really wrong with Carl. While Edward’s subconscious has clean, wide open spaces, Carl’s is filled with grime and darkness. Catherine is thrown into some sort of sewer and walks over to a younger version of Carl, who watches a horse split into several pieces.

Even moments as horrific as murder and torture become eerily beautiful because they look like works of art. Even moments outside the mind are still filled with interesting visuals and style choices. Unusual angles and camera movements add momentum to the FBI investigation and the search for Carl’s latest victim. Editing is also tied to magic, with quick cuts that move the story forward and add another level of anxiety to the film. The leaps between reality and the mind are jarring, reminiscent of films like Start or even live-action silent Hill.

While the visuals remain the star of the film, The cell offers viewers something else – a remarkable performance by Vincent D’Onofrio, who plays Carl. D’Onofrio steals the film from Jennifer Lopez and Vince Vaughn, both incredibly popular at the time of The cell Release. He offers just the right level of sinister and empathy to a scary role. It’s fascinating and unsettling to watch him slip into different characters of himself, from a jeweled medieval torturer to a scaly monster with twisted horns.

More than 20 years after its release, more and more horror films and thrillers are slowly but surely following the ideas set out in The cell by adopting striking visuals that not only frighten but make their audience think. The striking examples of recent years come from rather independent productions like that of Anna Biller. The witch of love and Ari Aster Environment. With the evolution of the film industry every day, there is no doubt that the trend will make its way into more mainstream productions. Hopefully this move to stylistic cinema will draw lessons from The cell and not be at the expense of a good narrative – but rather to improve a film’s story more than before.

MORE: Start Getting Excited For These Upcoming Horror & Thriller Movies

The flash: what we know so far