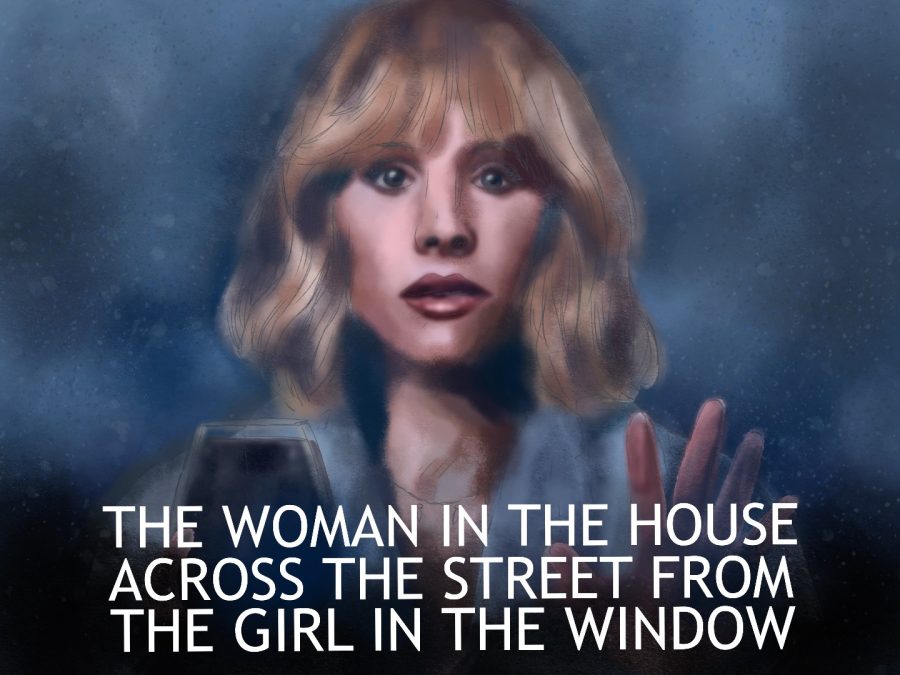 Netflix’s new series, “The Woman in the House Across from the Girl in the Window,” which is set to be nominated for the longest-running title of all time, satirically comments on every murder mystery film. Produced by Danielle Weinstock and starring Kristen Bell, the series’ protagonist, Anna, is a mother who is breaking down after the loss of her child and, consequently, her divorce from her husband.

If that isn’t apparent from the title alone, the show isn’t meant to be a serious series. Inspired by films like ‘The Woman in the Window’ and ‘The Girl on the Train’, this eight-part thriller follows Anna, a recovering drug addict who witnesses a brutal murder in the house across the street. With absolutely no one believing her due to her alcohol and drug problem, she slowly goes insane as she faces the daunting reality of being alone.

In retrospect, watching the show, it’s not obvious that the primary focus is on poking fun at the beloved murder mystery genre. Bell delivers a stellar performance, and the digs are subtle and easy to miss, making it hard to believe the show is actually a parody. This may be one of the reasons why the series is getting poor reviews from critics.

Another reason for criticism is the mediocre and overly dramatic acting, aside from Bell.

The comedic aspect of it isn’t overbearing and the acting, while seemingly bad, works well with the overall tone of the series. Tom Riley, who plays Neil, told Screen Rant that this “poor acting” almost felt “alien” to them, especially since actors work so hard to make people believe what they represent is real.

Yet without the acting glitches and plot twists, there’s always the most outlandish killer possible – someone who was nearly impossible to suspect even looking at the show through a microscope.

Crafting a mystery with a killer that’s virtually non-existent throughout the series makes it unappealing for those who like to solve the murder before the big reveal.

Co-creators Rachel Ramras, Hugh Davidson, and Larry Dorf do a great job of balancing the satirical and serious parts of the show – often quite a difficult accomplishment to pull off. The ability to evoke a range of emotions when working with a genre like comedy is a triumph in itself.

Davidson told Collider that while the series was mostly written with humor, the end product was something much deeper and more unique than a parody.

By the end of the show, viewers are left with more questions than answers; often a defining characteristic of detective films. While it’s unclear if the series will be renewed for a second season, the ending creates a perfect transition for a new murder mystery for Anna to solve.

Once you get over the tongue twister of a title, “The Woman in the House Across the Street from the Girl in the Window” is definitely worth a watch.