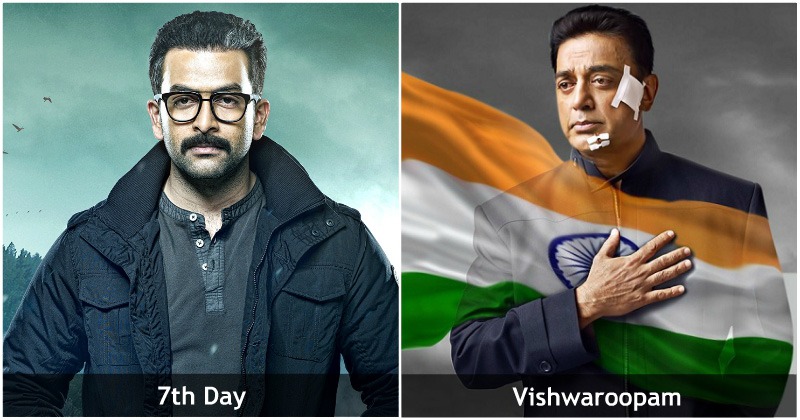 If you love watching suspenseful thrillers that make you sit on the edge of the seat but have exhausted Bollywood options, we suggest you try the South Indian industry. Everything about their films is eccentric, and with their original ideas, they continually win the hearts of the public. With excellent acting, good direction and extravagant sets, South Indian cinema has at times overtaken Bollywood by leaps and bounds.

Full of many twists in the film, 7th day is an exciting watch. The whole story is quite intriguing but the ending will blow your mind because the way the mystery unravels is excellent. If you haven’t watched it yet, add it to your list.

Bombay Police by Rosshan Andrews breaks down all barriers with a film like this. ACP Antony played by Prithiviraj Sukumaran tracks down his friend’s killer but ends up losing his memory. The whole mysterious story will keep you in suspense, this film too awarded at the box office and also gained critical appreciation.

Inspired by Vikram Betaal, this Tamil movie is yet another daring one, starring R Madhavan and Vijay Sethupati. The plot is about a tough-minded cop and a notorious gangster, Vedha, where the pursuit of the cop to catch the criminal turns into a dramatic plot, thus keeping the audience intrigued. The versatile compositions as well as the withering dialogues, this film promises to keep the level of suspense high.

While we have already seen the remake of Drishyam in Bollywood, the original Malayalam film also involves a stellar cast and plot. The fate of a happy family changes when the daughter is blackmailed into being filmed. The father then works hard to put an end to the ordeal. The film triumphs from all angles and is a masterpiece not to be missed.

Despite all the controversies who surrounded Vishwapooram, this heart-pounding thriller is a film told with confidence. With Kamal Hasan’s punchy lines, demanding dialogue, and incredible acting, the film as a whole guarantees an emotional ride with drama in perfect measure.

No loose ends whatsoever, U-turn, a Kannada film, is etched in our minds with its impeccable script. The film tells a compelling story from the start, as it shows a basic traffic violation that turns into a disturbing murder mystery. U-turn is a low-budget film that achieved great results and brilliant acting thanks to a stellar cast.

Irumbu Thirai is one of the best South Indian thrillers. There are many films based on cybercrime, but Irumbu Thirai knocks it out of the park, because it talks about social relevance. The movie is based on a defense information leak, where a guy hacked into the data and endangered the country’s security. This Tamil thriller is unquestionably the best that acquaints us with the nuances of data theft.

The best thrillers on Netflix available in May 2021