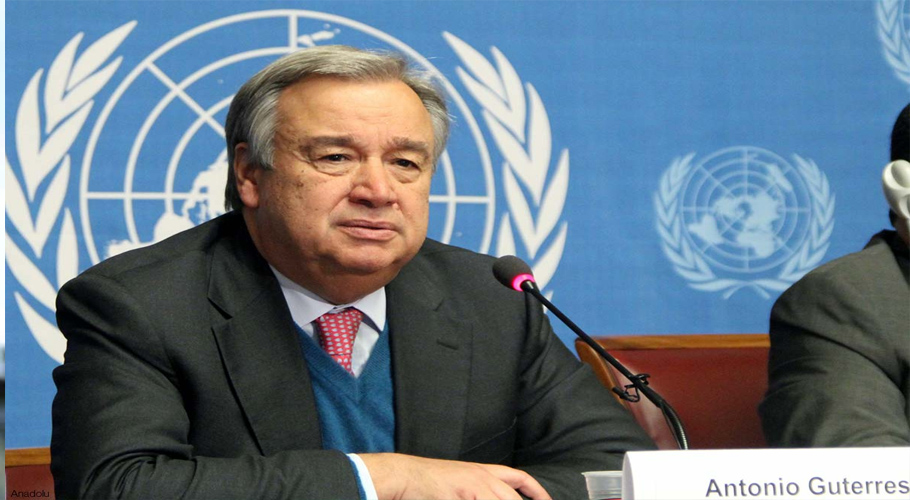 UNITED NATIONS: Closer collaboration between countries is the only sustainable path to a peaceful, stable and prosperous world for all, UN Secretary-General Antonio Guterres told G20 foreign ministers meeting in Bali on Friday , in Indonesia. He proposed debt relief for the 3rd-country of the world.

At the same time, he stressed the need for “urgent reform” of the international debt architecture, saying: “We need an operational framework for debt relief and debt restructuring that takes into account the vulnerability”.

The international order is in danger of collapsing.

Strengthening multilateralism is not a choice. It is the only sustainable path to a peaceful, stable and prosperous world for all.

My message to the G20 Foreign Ministers today. pic.twitter.com/ju7M3u6fKy

The G-20 meeting comes at an extremely difficult time for multilateralism and global governance, with the international order “at risk of collapsing”, he said, citing challenges such as the climate emergency, the COVID-19 pandemic, the war in Ukraine, and new and evolving forms of conflict.

“Strengthening multilateralism – the theme of this session – is not a choice, but a necessity,” Guterres said in a video message, adding, “It is the only way to avert widespread food shortages, l worsening climate chaos and a wave of poverty and destitution that will leave no country untouched.

The climate crisis is our number one emergency, he said, warning that the battle to keep global temperature rise to the 1.5 degree target will be won or lost by the end of the decade.

In addition, he said, emerging economies must have access to the resources and technology to transition to renewable energy.

Wealthier countries must finally meet the $100 billion climate finance pledge for developing countries, starting this year. “We also need a radical boost for adaptation and early warning systems,” he added.

Meanwhile, many developing countries have suffered devastating economic losses during the pandemic but lack access to funding for recovery.

Guterres stressed that a New Global Deal is needed to rebalance power and financial resources, and enable these nations to invest in the Sustainable Development Goals (SDGs).

“Greater efforts are also needed to increase the number of countries that can produce COVID-19 vaccines, therapies and tests, by sharing licenses and providing technical and financial support,” he added.

The Secretary-General stressed that the world needs a more effective, more networked and more inclusive multilateralism, saying, “We must combine the strengths of existing institutions to jointly address humanity’s most pressing challenges.”

The UN is working with countries to bring forward the recommendations contained in the Secretary-General’s report Our Common Agenda, which emphasizes strengthening multilateralism.