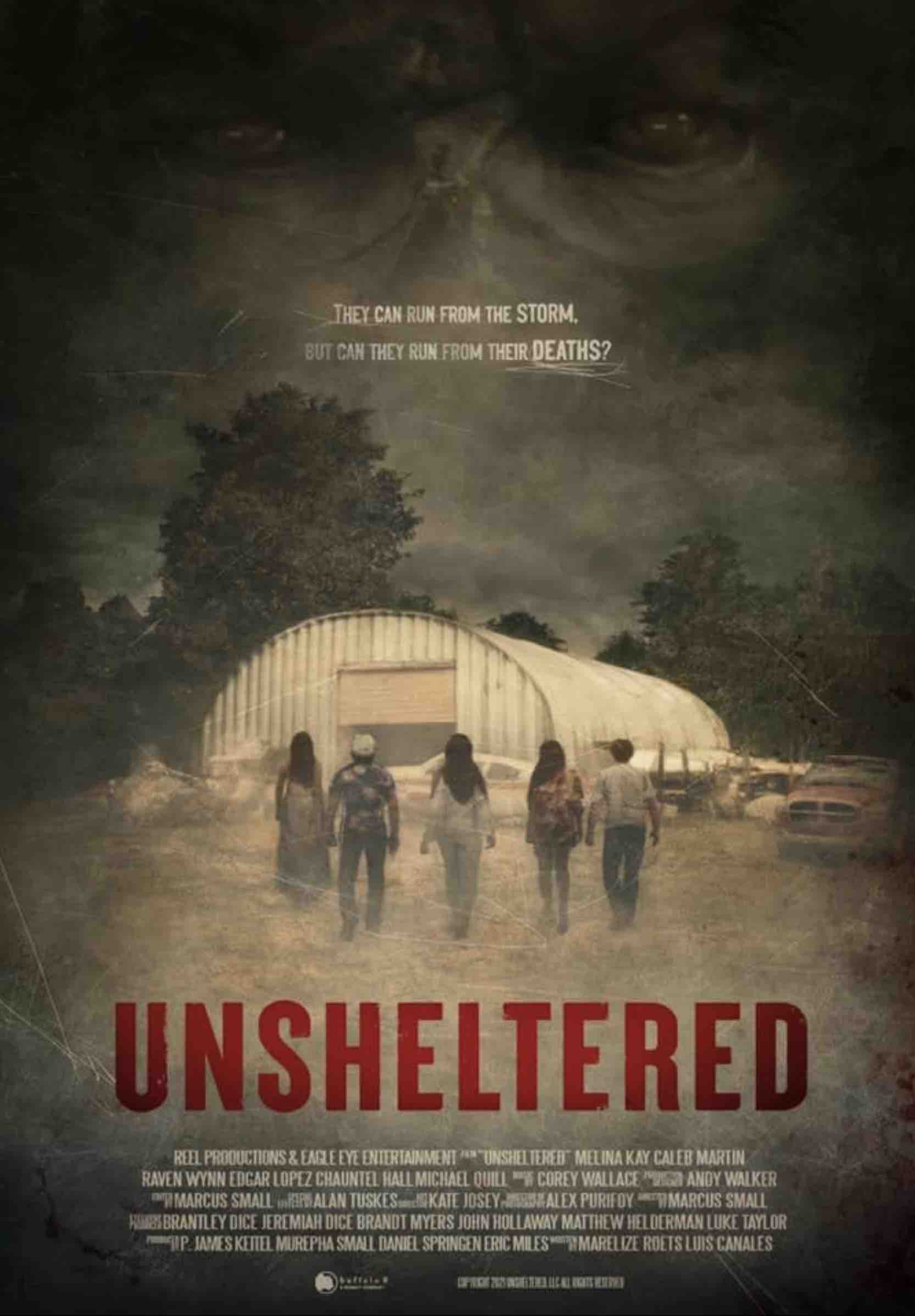 Homeless is a 2022 American horror-thriller about five college students who disappear while taking shelter from a storm.

Directed by Marcus Small – who is making his directorial debut – from a screenplay co-written by Luis Canales and Marelize Roets. Produced by James Keitel, Ray Lloyd, Eric Miles, Murepha Small and Daniel Springen.

In 2017, five college students decided to escape mother nature’s path. When things took a turn, they had to seek shelter… and were never seen alive again.

Homeless will be released on digital and on demand (VOD) on February 25, 2022.

MOVIES and MANIA is a truly independent website and relies solely on very low revenue from affiliate links and internet advertisements to stay online and grow. As an Amazon Associate, the owner earns a small amount on qualifying purchases. Please support us by not blocking ads. If you’re ad-blocking, consider making a small direct donation for the costs of maintaining and running the site instead. Thank you. It’s really appreciated.