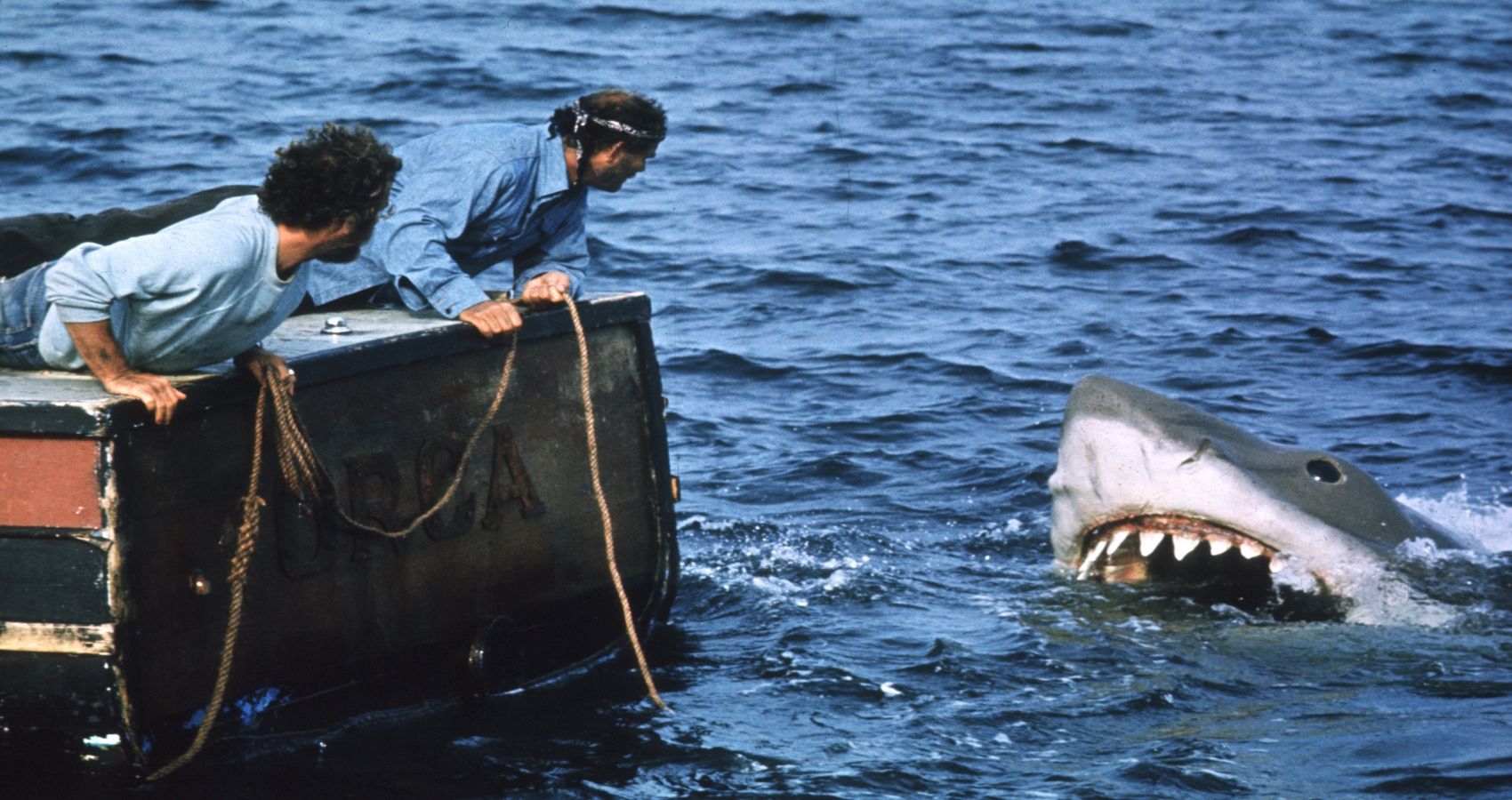 Duh-duh. Duh-duh. Duh-duh-duh-duh. One of the most famous and terrifying musical sequences comes from one of the best horror/thriller films of the last century: Steven Spielberg Jaws. Based on the book of the same name by author Peter Benchley, Jaws follows a small beach town that is terrorized by a man-eating shark during the summer when all of their hometown and tourist events are active. A gripping mix of suspense, gore, horror and realism, Jaws made its way into popular culture and box offices ($472 million on a $9 million budget). It even spawned three sequels, all trying to capture the magic of the original film.

Jaws has managed to stay relevant for over fifty years, with its innovative and suspenseful techniques for bringing the shark to life, as well as an original and somewhat realistic story that people could most likely relate to in the real world. The film’s reputation is certainly deserved and definitely establishes itself as the ultimate horror movie of the summer. But why is this?

As said above, Jaws has a very realistic story that it builds on. Author Peter Benchley based the book on real-life stories he heard, as well as his own personal experiences. He even did extensive research on sharks, reading books by legendary deep-sea explorer Jacques Cousteau called The Shark: The Splendid Savage of the Sea and Thomas Allen shadows in the sea. Much of the information in the books was incorporated into the classic Spielberg film. For example, how they go about catching the shark and how sharks operate during the summer. Although a scientifically inaccurate piece, the main antagonist shark’s size was a few feet larger than true great white sharks. But the science behind the sharks allows the film to have deeper depth than just a popcorn horror flick.

One horror filmmaking advice given to budding young directors is to “make the horror real, because nothing is scarier than real life.” Jaws achieves this philosophy. Apart from the science of the plot, the story surrounds innocent and normal families: wife, children, husband, at the beach, enjoying their family summer time. Then they must watch in horror as the peace is disturbed when theirs, or others, are attacked by a vicious sea creature. The specific scene where the young boy is mauled by the shark, blood flowing as he struggles to free himself from the predator, was particularly gory and terrifying to watch. The plot itself is what really got the audience going.

The idea that you or your family might be attacked by a giant white water monster, on a peaceful trip to the beach, is how Jaws became the ultimate horror film of the summer. Nothing is scarier than what can happen in real life. Even affecting people in real life. Some studies show that beach attendance decreased significantly after the Jaws was released in 1975 and still has adverse effects on people who go swimming in the ocean. It also had a negative impact on the shark population and people’s opinion of sharks.

10 Facts About Jaws You Never Knew

The masterful techniques of horror.

A thing that does Jaws standing out from other classic horror films is its unique and effective techniques in order to create a terrifying atmosphere for the watching audience. Due to the low budget, Spielberg and his crew couldn’t afford to get a real fully functional animatronic shark. Instead, they chose to focus on editing, music, and film techniques to create the shark instead. The suspense-building music of the shark coming towards the boat has managed to establish itself in popular culture, as people know it without ever having seen the original film. Along with the camerawork, Spielberg used a mix of long shots, close-ups and tracking shots to show the shark heading for its prey and the boat (without showing the shark), because the unseen is just as terrifying. . The opening title sequence, where it looks like the audience is seeing things from the shark’s perspective, riding the waves and traversing the currents, was brilliantly done. Then, of course, the quick back-and-forth during the final climax between the shark and the hunters creates one of the best man-vs.-animal action sequences of all time.

by Steven Spielberg Jaws managed to last and impact generations of moviegoers. With its all-time classic monster villain (the Great White Shark), depth of science behind the shark itself, realistic and believable plot and story, music and editing; they all combine to make Jaws a cinematic classic and stands out as the ultimate horror film of the summer.